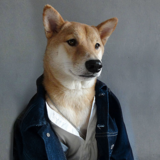 To give some insight on how I went about reviewing this game, I thought I would give a little back-story to my game playing. I’ve been playing adventure games for a long time. They’re pretty much my favorite genre (or were, until they were all but wiped off the planet in the late 90s). I’ve played through many different series, including Monkey Island, Space Quest, King’s Quest, Day of the Tentacle, and of course, Sam &amp; Max: Freelance Police. I would like to think that I know the adventure g...

Makes me miss this genre 2

Games like Runaway: A Road Adventure come along only rarely in the adventure game genre. Where most games now are trying to use the latest 3D graphics, Runaway takes a step back to give more of the classic style to the game. Perhaps this is one of the game's best features. Graphics: The look of Runaway is excellent. From the highly detailed backgrounds to the interesting characters, everything is right along with the story. Combining traditional artwork with the new 3D Cell-shaded technique mak...

let me by starting with wow. I think thats a great way to start this review. This game is one of the best games I've played lately. So let me jump into the review... Gameplay: First, the gameplay follows a 3rd person perspective, but it works well, there are no camera problems, and lets face it, its just cool to see your character get covered in blood. The game can get a little repetitive at times, with just the plain combat, but they've spiced it up by adding in puzzles and such. Its just al...

I've played Fight night 2004 and it was a solid game with a few little minor things that kept it from really being a great experience. one of my complaints was that the game didn't really reward you for using the analog sticks to punch with. Most of my friends would use the buttons saying that it just wasn't practical. So I'm very happy to say that Fight Night Round 2 delivers everything it says and also helps fix more of the stuff that 2004 needed. Gameplay: For gameplay, there is nothing mor...

Let's start with the obvious things - Burnout Paradise is no where near as good as the series was before. The game is a lot of fun to play when you're doing events, but the problem is getting to those events, and more importantly failing an event, is really annoying. here's what I really didn't like about the game, which was most of it: 1. No retry, restart or try again - What good is a racing game if you can't restart the race or try it again if you don't get 1st place. Nothing is worse then c...

3 out of 6 found this review helpful.