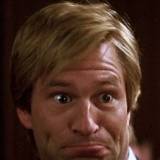 After travelling around Europe for a year, you finally make it back home. Instead of being greeted by everyone, you find out that your sister ransacked the entire place and ran off with her lover. Your Dad had his pee-pee touched by Uncle Oscar and nearly drank himself to death over his failures as a writer. Your Mom was having an affair with Ranger Rick because of Dad's negligence towards her. And now they're both away at some marriage counseling retreat.

So now your homecoming consists of an empty house, a bunch of secrets you probably didn't want to know about, no TV, no VCRs, no Super Nintendo, and nothing to eat but Tuna Dinner and Bran Flakes.

When's the next flight to Amsterdam?

The Aftermath of Shepard's Refusal. (SPOILERS)

I present to you the aftermath of Shepard's refusal to go along with the plans of the Catalyst.

And thus, realizing that they were on their way to destruction and had no chance to survive, they made their time. All their base were belong to the Reapers. All seemed lost. But....hope springs eternal.

Centuries later, a highly advanced race known as the Zig got signal from Dr. Liara T'soni. As the main screen turned on, the amount of knowledge contained within allowed them to know what they doing. Moved with new purpose, every Zig took off for great justice. Their mission: Destroy the Reapers, who were being led by the AI "Cats."

In a fierce battle amongst the stars, war was beginning. The Zig fought bravely, and were able to set up Reapers the bomb. In the end, every last Reaper was destroyed. Peace reigned in the galaxy at long last.

The Zig looked towards the future, thankful of the sacrifice of the one called "Shepard", that allowed them to achieve victory on their own terms.

An accurate representation of the Mass Effect community.

Never in my years as a gamer have I seen so much hatred and animosity over a video game ending. It's frightening, in a way. I feel like I'm in the middle of a really nasty break-up, or something.

Anyway, I hope something gets worked out between Bioware and the fans. I don't know what, exactly, but anything's good at this point. I'm just worried about the children. : d

Why Your Favorite Game Sucks.

In this paragraph, I discuss your favorite game, making sure to note just how popular and successful it's been. After stating that, I begin the process of explaining to you why your favorite game is actually quite terrible.

The argument completed, I will then dedicate one final paragraph to slandering the name of your favorite game, and those responsible for it's creation. Then, I will release the document into the wilds of the Internet, ready to be read and discussed by the community at large. And by discussion, I am referring to profanity laced, condescending posts that attack various aspects of my personal character, such as intelligence, hygiene, and sexual preference.

And thus, the Internet is sustained by the bitter tears and righteous anger of young men and women the world over. The circle is closed. The mission completed. All is right with the world.


SUNG TO THE TUNE OF THE POKEMON THEME

I wanna be the very best, like no cop ever was.
To catch them is my real test. Confessions are my cause.
I will travel down every street, searching far and wide.
Each criminal I'll pick apart their 'perfect' alibis!

Every murder along the way, with courage I will face.
I'll uncover every clue, and solve the toughest case.
Come with me. The time is right.
There's no better team.
On and on, we'll win the fight. It's always been our dream!

I know you feel in inside of you, Rare. Even as you sit there and plug away at your workstations, making little Xbox Avatar outfits and cute little Kinect games, I know it still tears away at your insides. Sure, you sit there and tell us "We don't need to revisit the classics". But you know, deep down in the pits of your souls, you can still hear this song.

Some nights, as you sit there working late, you glance into the empty halls, and you can swear you see the sight of an alluring young woman, clad in green skintight PVC and thigh high stilettos, tonfas in each hand. As the sweat pours down your face, you're almost certain you hear the woman say "My body is ready, Rare."  You shudder for a moment and blink, and as your eyes return to the woman, you find she has been joined by an eclectic assortment of ninjas, mutants, beasts, and an Indian chief. Again, the mantra is chanted. "My body is ready, Rare." Frantically, you shake your head, believing it's all just a bad hallucination. You look again, and the figures have vanished. You are left alone. Alone with your Avatar clothes and unsold copies of Grabbed by the Ghoulies.

You can't deny them forever, Rare. No matter how much you and Microsoft try. Capcom, SNK,  and Netherealm Studios have heard the call to arms, and they have answered.  Why, then, do you hesitate? This is your destiny. Now is the time.

I would really like to actually contribute to a community such as this one, and I think reviews are a nice place to start. As I don't consider myself as much of a pro as the Jeff Gerstmann's of the world, I'm intending to keep my reviews short and sweet for the time being. Of course, any and all comments and criticisms will be welcome.

Thanks for hearing me out!
1 Comments