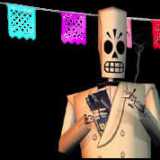 My Life as a "Hardcore" Gamer or: How I Learned to Hate the Wii

I've never viewed myself as a "hardcore" gamer. Gamer sure. But not a hardcore one by any means. This might be because I am a lot more casual than most of the people I know whoe game. And it might also be because every time I think I'm good at a game (especially shooter) and try going online I get my ass handed to me time and time again until I turn off my Xbox og PC, and go hide underneath the covers.

I did, however, discover that I am a lot more of a "hardcore" gamer than I thought when I moved to a new city and all the people I met were either only borderline hardcore or straight up casual newbies. It only got worse when I got my current job at GameStop. Yeah I know that a lot of people hate GameStop, but thats mostly in America. Here in Europe we're not quite as sucky... At least not in my shop because my boss is fairly 'lax around the rules so I hope we're a good example in the pit of lame that is the GameStop chain of stores.
But back to my point. When I got this job I looked forward to talking to people who were into games and helping them buy good games and steer them away from all the really bad games out there. But unfortunately the people who buy games where I work are all idiots. For some reason they all seem to want to buy Kane and Lynch, and for some reason all of them have prepared a shoppinglist of games that doesn't exist for the console of their choice before they left home. But the worst kind of people are the ones who come into the store to buy the Wii.
This mongrel race of humans who never should be allowed to own a console or have an oppinion about gaming. These people always seek out the most horrendous games imaginable, and when you try to advice them against it and show them a good game they should buy for their 360 or PS3 they usually come back a few days later complaining that it was too hard. HOW THE HELL CAN YOU NOT BEAT THE FIRST BOSS IN DEAD RISING FOR CHRISTS SAKE ?!?!?!?!!
Now it's December and it's worse than ever. The Wii is constantly sold out, and I'm glad it is. That means fewer children are gonne get their minds corrupted by its horribleness.
I would really really really love to love the Wii. I would love to own one because I really want to play Super Mario Galaxy. But there is a problem... That's the only game I want to play on the Wii!
Everything else (most of it anyways) is so mind-boggling terrible I feel like crying whenever new Wii games hit the shelves. And unfortunately they sell like lemonade on a hot summers day. This only makes the devs put out more bad games for people to buy and the circle is complete. And now the other consoles look like they're following Nintendo's example... And who can blame them ? If I were Sony or Microsoft I too would love to have a slice of the money pie, but it makes for a grim  future for the rest of us who acctually like gameplay with depth, and want a challenge when we play games. It's great that people who normally aren't into games get to see that it's a great way to spend you time instead of just watching a movie, but why does it have to be by playing games that look and feel like something that came out 15 years ago only with a new control-scheme ? I mean come on you guys.
If this casual trend continues I don't know what I'm gonna do. My dislike for the Wii only grows by the day, and i cringe every time i see the sales numbers.
If nothing else I need to quit my job and sourround myself with like-minded individuals and just pretend that the Wii doesn't exist.
This Wii-mania and the following development of the games-industry saddens me :(
1 Comments
Load Comments