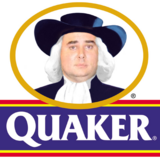 This music video is proof that beards make everything better.

These guys are based in Kansas City. Extremely talented individuals that are painfully underexposed. I'm probably biased because the vocalist is my brother, but I think they've got something good going on. Check it out for yourself!

A little detail you all might appreciate... The chord progression at 2:05 is inspired by the Zelda fairy fountain theme.

How I Met a Drunk Guy and Legally Robbed a Walmart

I'm sure some of you are aware that just about every Walmart in the US had a midnight-launch Marvel vs Capcom 3 tournament last night.  That sounded like fun to me, so my brother and I arrived at our local Walmart at 9:30, when the tournament was supposed to begin.  Nobody else was there yet, so we played some matches while we waited.  Considering that I had watched 20 hours of live stream footage and he was just pressing random buttons, I was obviously better than him, but it was still really fun to learn the game a bit.

It sounded ridiculously sketchy.  Eventually the conversation moved on to some of his great ideas for the video game industry.  Here are a some highlights: "You know that game Alien Invaders?  They should make that game, but like, you go into a haunted house, but on the inside it's an alien spaceship, like a perfect circle.  I could probably sell that for like $25 a piece."  At one point he pointed to the 360 and asked, "Does it have any fishing games?" I said, "Yeah, there's that one Rapala fishing game." He responded, "They should make one with a catfish.  That'd be fun."  It was so difficult not to burst out laughing.

Anyways, this is a blog about Marvel.  The drunk guy walked away at about 11:30, and there were still no other competitors.  Eventually, the Walmart staff just gave up, and had my brother and I fight to the death in a 2-man tournament.  I wiped the floor with him.  They went to the counter to get our prizes, and came back with two posters, a  commemorative tournament bracket where we were named "Dude #1 and Dude #2", 25,000 Capcom-Unity points,  and a free copy of the game with an exclusive "Tournament Champion" cover.  It was freaking awesome.

Afterwards, we went to Jack in the Box for a celebratory breakfast at 12:30 AM.  Probably the best deal I've gotten at Walmart for ages.  Oh, by the way, MvC3 is awesome.  I'm gonna go play it now.

P.S. a high-quality original version of the cover can be found here.
43 Comments

Some kind of blog thing.

Well, it's 10:23 AM, and I didn't sleep for a second last night.  Too busy playing Street Fighter Alpha 3.  I've been playing the SF games on MAME for the past few days, and it's totally kicking my butt.  I can barely get past the second or third fights on Turbo, but that just makes victories feel all the better.  In any case, it's been keeping me up for 3 days straight, and I'm loving it and hating it at the same time, as Street Fighter could possibly be the most aggravating game I've ever played.  Once I get some cash, I'm planning on getting SFIV, so that not only can the NPCs own me, people online can too!  Yippee!

In other news I'm currently on my 5th run-through of Arrested Development.  Just got to the beginning of the 3rd season, whic just happens to be my favorite part.  Which conveniently segways me over to a big decision I need help with...  I'm searching for a new avatar, and I've decided for it to be related to AD.  The question is, what shall it be?  These are some of my choices I'm trying to pick from...  (if you've never heard of Arrested Development, go watch it. NOW.  I don't care how, just do it.)
There's my current avatar that I just added...

Decisions, decisions...  Any suggestions?
Anyways...  In the excitement of waiting for the next Harry Potter movie so I can laugh at it, (No offence to HP fans, I just find the movies funny.) my family recently watched "A Very Potter Musical".  If you haven't seen this, you should.  It's a play that was totally created from scratch by a group of college students.  It picks some fun at Harry Potter, but it's mostly just ridiculous comedy set in the world of HP.  I highly recommend it, as it includes a scene in which Voldemort tap-dancing.
Well, that was my (probably failed) attempt at an interesting blog.  See you next time I'm tired/bored enough to ramble about my life.
EDIT: We has winrar.  I'm gonna use Gob for now, although the Buster one is also made of pure awesome.  Maybe one day...
13 Comments

Nintendo has never really hit the spot with their conferences.  "Here's a bunch of statistics you don't give a shit about!"  and they constantly babble how they're bringing all audiences to gaming, which in my opinion isn't a good thing.  I prefer that games will actually take skill, and can't be picked up by just anyone.  And it just hurts to see people who don't know anything about games think that they're a "gamer" because they play Wii Sports every now and then.

So in conclusion...  Up yours, Nintendo.

So I just got Persona 3 FES two days ago, and I'm really enjoying it...  Amazing game.  But right in the middle of a loading screen, I hear *click, click, bzzzzzt, click* from my slimline PS2.  So I reset the game, only to find the dreaded disk read error.

I've tried all of the commonly suggested fixes.  Cleaning the lens, using compressed air, etc. and no luck.  It just figures that it decides to break when I get a new game after several months of never touching the console.  Bah, looks like I'm gonna have to drop an extra $70 to go buy a new one. :(

First, note that this is not a review, as I haven't played the entire game...  I just wanted to throw my 2 cents out there.

Ninja Blade is the kind of game that I hate loving.  By that I mean that I know I have no reason to love it, and probably shouldn't...  But I still do. (See also: Jeff's feelings towards Punch-out)  The gameplay doesn't have any innovative features to offer, and in my eyes, quick time events are never a good thing.  But I just can't stop playing this game.

When not in the QTEs, it throws you into a battle with brain-dead AI opponents that will rarely even land a hit on you, and generally you'll just be mashing X with no real strategy.  Often you'll be set in a room with respawning enemies, and in some cases, it just never seems to stop.  Combat becomes a repetitive task with no gameplay values. But...  It's absolutely fantastic!  No matter how many times I see the same old combos, it doesn't seem to get old.  I may just be a shallow gamer, but it's extremely entertaining to me.

The Quick time Events are what really made me think I would hate this game.  I had never played a game where I actually enjoyed the QTEs.  But the moves are so over the top and ridiculous that I'm on the edge of my seat the entire time.  This wasn't caused by the QTEs themselves, but rather the quality of the cinematics.  Saying that, I realize that the fun and exciting part of the QTEs wasn't my involvement in the scenes, but watching the madness.  This makes me feel that while the cinematics are great, the QTEs have no real purpose, and could have easily been left out of the game.

The game also has almost no replay value, because once you've seen the cutscenes...  You've seen them.  You're done.  I personally find no reason to ever play through it again.  There are the costumes, but those are just kind of worth a chuckle for a minute or so, but definitely not worth a second play.  This game isn't worth $60 in my opinion, but totally worth a shot if you have Gamefly or want to rent it, as the game will only last a week even if you pace yourself.

In conclusion...  When you break down each aspect of Ninja Blade, it's a terrible game.  But you just need to experience it one time, if only for the thrill of the ride.

Blogs Created:
10 blogs
Most Commented blog:
How I Met a Drunk Guy and Legally Robbed a Walmart
Total Comments on blogs:
88 comments