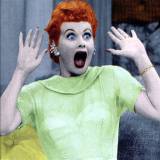 With all the end of the year discussion going on (sadly the decisions were made and minds were made up by the crew), I feel it is only appropriate to revisit the most common critique of Far Cry 3: The story, specifically, Brad/Jeff's disappointment in how good the start was and how lackluster the second half of the story (after Vaas' death) became.

After listening to Jeff and Brad's impressions on the bombasts earlier this month, I went to play the game to see for myself. I didn't feel anything by the end of the game (other than thinking it was hours upon hours of quality entertainment), yet it was as if the game was urging me to feel something. I tried reading on the internet reactions to the ending, interviews, possible theories...I read about how the lead story writer defended the game to his death, stating that he told the story he wanted to tell exactly. I read about how some professional game reviewers thought the game's story would be "fixed" by making Jason actually Vaas (which i thought was super stupid btw). After all this internet truth seeking I suddenly came to realize:

Far Cry 3 was NEVER about insanity.

In the interview with the lead story writer Jeffrey Yohalem, the name Rook Island was an obvious wink to the player that this is a game about manipulation. That definitely made me rethink every major plot point in the game. I couldn't have summarized it better than fellow bomber Oldirtybearon in a thread about racism in the game:

Those "good brown people" you mention are not all that good, home boy. There is more than subtle evidence to suggest that Dennis, Citra, and the Rakyat tribe are using Jason Brody to further their own agenda. They don't want peace on the island, they want control back from Hoyt and Vaas. That's the power struggle. The Rakyat were used to controlling the population due to their brutality and their, well, batshit crazy philosophy. Hoyt Valker came to town with his mercenary army and brushed them aside with little effort. Jason stumbles into them and is plied with hallucinogenic narcotics (both ingested and tattooed onto his skin) to make him feel invincible. People who don't believe they can die become fearless. Jason's abilities stem from natural athleticism and a drug-induced DGAF attitude.

The "good brown people" are hardly defenseless. They just don't see the point in attacking Hoyt directly when they have a stoned college grad willing to kill for them. You could argue that Far Cry 3 uses the "white saviour" trope, but it in actuality turns that trope on its head with the narrative they actually present. Why do you think Citra kills you if you choose to kill your friends? They're done with you. Their enemies have been vanquished and they are now free to oppress and control the population once again.

The plot of manipulation is actually quite ingenious. I do agree that that specific story wasn't told really well, but what really killed it was that we all expected the game to be about insanity, and our expectations entirely buried whatever the game was trying to convey to us, or made it fit into the story we thought the game was telling. How did that happen?

I blame the oh-so-memorable E3 trailer introduced Vaas as the villain with a well written monologue and impressive acting. Praise was universal. What Ubisoft did was not only hype up the game, but also to their disadvantage, subconsciously planted the idea that the theme of the next installment of Far Cry, would be insanity. Vaas became the embodyment of it.

In one interview with Michael Mando on how he got the acting job as Vaas, he straight up said he was auditioning for a cold boss character, and gave a performance for the exact opposite. But the dev team liked his performance so much they decided to write a new character just for him, which would be Vaas. So take that as some evidence that the whole insanity thing was not even planned in the first place.

Now see, when you're going to write a story about an island of crazy people, you would probably write characters with a variety of psychological illnesses: Schizophrenia, depression, multi-personality disorder (as done to death as it is), and so on. Any writer wouldn't just pass on the chance to easily write a colourful array of "crazy" characters. When you think about it, Vaas is pretty sane, and so are most other characters in the story. Maniacal and violent? Yes, but so goes most action movie villains. Vaas only played the part of a disposable villain in the story, who also happened to get most screentime and attention.

So when I played the game I thought it was a poorly told story about insanity. The ending obviously lacked the oomph because I was so engraved in that false belief of what the story was supposed to be. It was all a sad mistake that we were led to believe the way we did pre-release, otherwise I would say FC3 was a more than "okay" story.