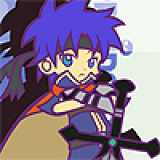 This sounds like the same problem I'm having, it really is kind of hard to describe! For me though, the amount of time the video will "hitch" and pause on a frame only last for a second, two at the most, and then will really quickly catch up with the video. Everything else is as the original poster describes. Audio plays fine, and everything. Though I don't know where you can see if a video has finished loading completely?

Anyways. It started around the time the new video player was put in, I know the first time I experienced this is with the Breaking Brad: Demon's Souls videos. It only happens for me with the HTML 5 player. Streaming works fine. I have a 30/7 MB connection, and I'm running a new system with an i7, and more than enough RAM. It's possible that this might also have coincided with an update to Chrome, which is the only browser I use, as another reply has stated.

For now I'll keep watching stuff in Streaming, but would like to use HTML5 again. Thanks!

Hooray! I made it onto the Spotlight. Thanks @ZombiePie

Keep up the good work!

I wrote a lot of things about games this year, found here.

During the Steam Summer Sale I picked up Ys Origin on Steam for $8. It wasn't my first attempt at getting into the long running series from Nihon Falcom Corp. but it would eventually prove to be the most fruitful effort.

When I first launched Ys Origin I was treated to a little harmonica jingle that accompanied the Falcom's logo, following that I watched an intro where pretty typical JRPG stuff happened, and then finally I was able to start the game. At the outset you're able to pick one of two characters, Yunica Tovah who is a melee fighter, and Hugo Fact who is a mage. Considering my preference, I started with Yunica.

From the get go, I felt that Origin was going to be a special kind of game. The sprite based graphics looked gorgeous turned on the highest settings, and it already sparked a nostalgic feeling for me. It also doesn't hurt that the game has an incredible soundtrack to boot. So even though I had only spent time going through a series of text prompts, and admiring the games presentation it had made a positive impression.

What would follow, would be my total adoration for how brilliantly designed the game is. In brief, Ys Origin is an action role playing game. Combat takes place in real time, you advance your character, and there's even a little bit of platforming thrown in there to spice things up. On it's own, these mechanics are enjoyable, and should bring back fond memories of games like Soul Blazer, or my most accurate comparison of Brave Fencer Musashi , or hey, maybe if you haven't been living under a rock like I have, other Ys games.

So, what Falcom did was they took a simple combat system, and they built brilliant things around it. Most encounters in the game are simple enough, especially on easier difficulty levels, but as you advance through the game and collect new abilities, you'll find that certain abilities, or weapons work better on different kinds of enemies. At once point I was pretty reliant on a fire sword that Yunica got midway through the game, and generally tended to stick to using it, but there were some situations where I found certain kinds of enemies particularly annoying to fight with it. A quick one button press swapped to another weapon and I was taking them out much easier.

But the real meat and potatoes of the combat system comes into play when you fight the game's truly epic boss battles. For most of the game you're fighting these gigantic monsters who all require you to find out the trick to beating them. Figuring out what you have to do to defeat a boss is about as rewarding as any puzzle, and is usually pretty badass. In one example you had to jump onto the back of a giant centipede type monster and break apart it's weak points as you made your way from the tail to the head. Also, seeing as how there are no restorative items in the game, you pretty much have one pool of health to make this work, so you're going to have to learn the ins and outs of the boss if you want to succeed.

I found myself getting really excited every time I got to a boss door. The prospect of having an entirely new, screen-filling boss that I would have to puzzle out became very addictive. To the point where I'd have to force myself to stop playing after a boss to take a break, lest I wander too close to another boss door and keep the process going. It also helps that the game is very forgiven about the trial and error of these fights. Before every boss is a save point, and if you should die to a boss the game will allow you to retry the fight from the beginning again. Considering you don't have to worry about too many preparations for the boss fight, it always feels like retrying is a viable option, and that you stand an equal chance of winning the next time regardless.

Outside of the boss fights, you are making your way up this tower, which is broken up into each sections which make up a different themed dungeon leading up to each boss encounter. Now, as cool as the boss fights are, I have to say that the exploration of these areas is easily what sold me so hard on the game. Here's where I feel there's an apt comparison to The Legend of Zelda series. Many of the dungeon sections in the game give you an item or ability that help you specifically in that section of the dungeon, much like the dungeons in Zelda.

However, in Ys Origin I felt that these items did an even better job of synergizing with their respective part of the tower. In Zelda, you get items like the Hookshot which allow you to use it on certain areas in the dungeon to progress. In Ys Origin you get items that make traversing the area noticeably easier. The moment this clicked for me was a part of the tower where there were slick surfaces which made your character slide all over. I hated it, I was so god damn mad during this area that I was going crazy. And then you find an item that attaches to your boots so that you can walk normally on the surfaces. My relief at finding this item was palpable. That's also when little fireworks went off in my head and I was like "This is fucking genius."

In addition to all that, there are many smaller things that made me fall in love with the game. I already mentioned the soundtrack, but the game also has a decent story which I ended up really caring about some of the characters by the end. I enjoyed that as you familiarized yourself with the game, and your abilities, that your character visibly became more stronger based on your skill, just as much as stats. I liked that the platforming in this game was there to provide an edge to the exploration, but that it wasn't as punishing as the platforming found in Ys: The Oath in Felghana. I love the fact that the boss fights aren't scripted, so if you happen to beat that really powerful bad guy you a) can actually do it, b) you get rewarded for it (there's even an achievement!)

Oh, and that harmonica thing I mentioned? At one point in the game you get a harmonic, and it's an important item to use to help you get through a section of the tower. When Yunica first played it, my jaw hit the floor. It was a little off on the account that she couldn't quite remember the song, but it was unmistakably the jingle from the Falcom logo at the beginning of the game. Furthermore the actual song plays a bigger part in the actual story. I know, it's a silly little detail, but it blew me away just how charming it was.

In closing, I really, really love Ys Origin. Needless to say, it was a nice little surprise for a game I paid $8, not to mention one I would pay even more money for and still feel completely justified. But it also served as a friendly reminder. Japanator Editor, and RedSunGamer host Elliot Gay said on a recent episode of RSG that people often associate Diablo as the last bastion of action role playing games, but that he felt Falcom games were representing just as hard, if not more so. I only wish I had realized it sooner, because these Japanese ARPGs are just a different side of the same coin, and one I've spent far too much time away from.