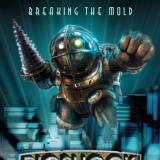 One important thing that nobody has mentioned: COVID has directly resulted to a sharp increase in cases of anti-Asian discrimination, harassment, and violence in the West. I know that this thread is only concerned with the actions of China, and specifically their government, but we've seen Asian people report abuse who aren't Chinese nationals, who aren't ethnically Chinese, etc.. And maybe that's enough to make some publications and outlets a bit shy about being overly critical of China, because we should be able to rationally differentiate between the CCP and the will of the Chinese people, and not to extrapolate attacks on CCP policy into hatred for Chinese Americans, Chinese Brits, etc., or people of Asian descent living in the West in general. Because we all know that's wrong. But it's a crazy world out there, and one thing seems to lead to another, and nobody wants to be seen as stirring up hatred when all they're doing is trying to engage in meaningful and productive discourse about the actions of the CCP.

With that being said, fuck the CCP.

Assuming you want to build a stable, healthy relationship and also maintain your friendship with the third party, then I would think a few months is probably okay. Depends on how bad the break-up was, I suppose. Harbouring a grudge for so many years might seem strange, but we're all human beings with emotions that we can't always control or even make sense of. College is specifically the time where we all get to try and work these sorts of things out, relationships and human interaction and all that, and sometimes we're going to get it wrong and people are going to get hurt and you have to learn to live with the consequences of your actions.

So there is no right or wrong answer, just a bunch of monkeys trying to make the best of their time on this spinning rock in space, I guess.

Didn't have any love or affinity for him myself - had never heard of him before Dan started talking about him - but my timeline on Twitter is full of some of my favourite comedians sharing their favourite moments and talking about how much they loved/respected him. And if so many people who have made me laugh are reacting like that to the death of a comedian, well I think it suggests that he was a pretty special character and someone who will definitely be sorely missed.

One of the UK's most beloved comedians, Sean Lock, recently passed away aged 58 and that definitely did have a bigger effect on me, so I can totally sympathise with what people are feeling right now - I just didn't grow up with late night US comedy.

Any review of a game that has an update plan still has use as a critique of the game state as it is at time of publication, and it's not a critic/journalist's job to try and crystal ball a game's "road map" and how likely it is to improve or take on a new life further down the road. If a game is online or has an obvious content plan, don't expect a review score on day one to be a permanent, static representation of the quality of that game. And remember, unless a game launches for free in early access, if a company is charging money for a product then any review or critique of it stands as valid, because there's never a guarantee that a "road map" or plan for continued support will actually be implemented - plenty of games e.g. Evolve and Anthem, have had their plans torn up based on business decisions being made well above the design team's vision of the product. I have no problem with re-reviewing or re-scoring games, but again those reviews will also only be represented of the product up to a certain point in time.

I am now 35+ hours into Yakuza 0, and it basically rules. To get the negatives out of the way first, I think there are issues with pacing in the main story and I sometimes have issues with the combat, especially when there are multiple enemies with weapons that can immediately stun you. But generally I really like how visceral and satisfying the combat is, it's obviously got some great storytelling, both in the serious main quest and in the goofball side stories, and I've become quite addicted to the management aspect of the game. This was my first time really sinking my teeth into the Yakuza series, and honestly it's been a breath of fresh air. I'd kinda fallen out of love with Japanese games - honestly can't remember the last non-Nintendo game from Japan that I could say I loved - but I'm so glad I finally decided to give this franchise a chance. Makes me excited to go back and watch all of Beast from the East when I'm done.

I recently started playing it. Am seven hours in, and I think it's a great game that I have a lot of respect for...but I don't think I like it all that much. I'm finding myself less pulled into the mystery than I think I should be, and more frustrated by the loop and some of the gameplay annoyances than I would like, and while I respect the decision to not hold the player's hand I feel like it presents a barrier that I'm finding myself less compelled to want to overcome. It's a game that I'm picking up because I want to see if/when it starts to get really good, but I'm not particularly expecting to enjoy myself. I've had a few great moments with the game, but not enough to make up for my reservations with it.

Disclaimer: I have depression, ADHD, and autism, so maybe it's just not the kind of game that works for me. Maybe I don't get the same dopamine rush when I find something new, or maybe I'm too depressed right now to let myself be overtaken by the joy of wanderlust. I've seen comparisons between the game and Return of the Obra Dinn, and that makes sense to me because I also absolutely hate Obra Dinn and found it impossible to play, despite being a big Lucas Pope fan and a massive fan of Papers, Please.

The Long Dark is, IMHO, an absolutely incredible game, and no survival game has clicked with me in quite the same TLD did. It's the standout game in the entire genre, as far as I'm concerned. I think it does tick a lot of your boxes, and it comes with a story mode that introduces you to the mechanics and then there's a sandbox mode to dive into that at this point is pretty gigantic.

As far as end-game goes, from my experience - and choosing which difficulty to play on will have a big impact on your experience - you do feel very powerful once you get the best in-game equipment and you've built up all your skills to max or near max, but that overconfidence can get still get you into hot water, or maybe even killed. It's one of my favourite aspects of the game - there are dangers abound, but at all times the most dangerous enemy is yourself.

I always related the most with Brad because of his geekiness and occasional awkwardness, but also I thought he was often the most straight-laced and - I'm going to use a loaded term here so apologies - genuine of the crew. He was the one member of the original crew that you could see as being an introvert, especially compared to Jeff and Ryan. Of course, a different Brad would come out if you put enough beers in his hand, or asked him to sing. I also have always related to Alex because he's talked about his anxiety and his ADHD, both of which I live with, plus he likes sports and knows about wrestling and we have similar taste in games. There were also some aspects in which I closely related to Ben, not in interests or game taste but just because our ages are so similar - I think I'm only a few months older than him.

A similar question would be which GB legends you least related with? Jeff would be a big one for me because his hoodlum stories and drinking exploits were something I found hilarious but completely impossible to relate to. Jan is by far the most likely of the GB crew to say something that I just straight up don't understand, because it's a reference to something I'm totally ignorant of or just because he seems to have so much of his own lingo and character, if that makes sense. And I obviously at times found it harder to relate with Abby because I'm a dude, but she was still one of my favourites.

Jeff Bakalar is a massive hockey fan, but go back and watch the NHL 21 quick look, or any of the QLs for the EA Sports NHL series - he really doesn't have that much to say other than to nit-pick some details and explain how it's little more than an iteration on previous games in the series. The problem with sports games is not that they're not covered by people who are passionate about sports; when you're covering a game for a gaming website, you just don't have enough to talk about. Modern licensed sports game have become too obsessed with tiny incremental iterations, and too complacent with the fact that giving people updated rosters and new card packs to buy is enough to sell in massive numbers.

I love sports, and I love sports games. Becoming a huge NFL fan in the early 2000s had a lot to do with getting into Madden, I've been an avid FIFA player in years past, and I got into MLB The Show for the first time a couple of years ago. I also enjoy career, be a pro modes in sports games so I don't think that focusing on those modes is a big issue for modern sports games. But I'd much rather play a non-licensed, gameplay-focused sports game like the Super Mega Baseball series than any of the newest versions of the licensed sports game franchises.

That's a shame. I jumped into The Show for the first time in '19 and thoroughly enjoyed it - I didn't mind the grind of RTTS as it was at least a realistic depiction of grinding through the minors to get to the Show, plus I think playing a starting pitcher is more fun because you have off-days that you don't have to care about. I never care about any of the card-collecting modes in sports games but I'm not surprised to hear that they've been leaning into it so hard; that just seems to be the way of the world now for sports games. Was potentially interested in trying this if/when I get a PS5.

The good news is that Super Mega Baseball is nothing but the pure fun of baseball. Sure, the new game's franchise mode can be a slog because you can't simulate games in normal mode, and it doesn't have anywhere near as much depth as The Show, but it's still a ton of fun to play and has that goofy charm. Not a replacement experience if you had your heart set on playing as your favourite team or building a RTTS player to play alongside your favourite players - but hey in my RTTS game in '19 I was drafted by my Cardinals and then just as I'd found my feet in AAA I was traded to the goddamn Marlins. I requested a trade out once I was an established player...and was traded to the Rangers. They sucked, and I again requested a trade and was traded...to the Tigers, who also sucked.