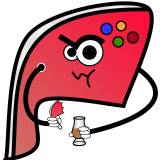 Testing at the request of @mrpibb.

Nearly 5 years since release, I take some time to reflect on still one of the few games I finished in a single 16-20 hour sitting. I can't help but say that I'm still awestruck at how fun this game was. I never really had the opportunity to play the original Homeworld game or its Cataclysm expansion, so this review should serve as a little insight to newcomers of the series. I was hugely impressed with the level of detail.  Relic's talent that would later show in groundbreaking games like Compan...

Metroid: Symphony of the Fight! 0

Super Metroid! There's a double meaning to behind those words: Super Metroid for the SNES was a phenomenal game in its own right, but was also one of the best SNES games ever made. Metroid: Zero Mission builds on that same, excellent gameplay which is still as fun as a first time through the original Super Metroid. The graphics are quite reminiscent of the SNES game, but have been improved for the 32-bit platform of the GBA. The images and animation are sharp, and the effects are what you have ...

This is my very first experience with the Burnout series, and I can say that I'm impressed. I don't typically enjoy competitive sports titles, which is what my brain tends to classify racing titles. Even still, I don't particularly enjoy racing games, and the ones that I have had fun with faded very quickly (I'm talking within a mere couple of 1/2 hour sittings). Burnout 3 is different; yes, it's racing, but for a person like myself, that typically enjoys strategy and role-playing games, it kep...

Titan Quest begins with a familiar formula and progressively introduces a couple of interesting methods of playing the same adventure hack &amp; slash in a way that is comfortable but interesting.  If you've played entries in the Diablo series, you will immediately feel at home in Titan Quest. This is not a bad thing, as Titan Quest does try to introduce some welcome game mechanics, such as the Mastery system, which allows you to travel up to two of eight different paths, creating 28 possible c...

Simulation strategy fans of games like Civilization, Port Royale, or even SimCity could spend hours on end perfecting their economies in 1701 A.D.  It's easy to lose track of time as you work to establish a foothold of trade and city development in the name of the Queen in your attempt to gain independence through force or fare from in a early 18th century seafaring setting. The primary "Continuous Play" mode offers a lot of granular control over the way your game plays: the size of the world,...