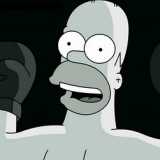 How Android turned me into a Pirate (not really)

Being an iphone owner and having come from owning a Blackberry (shudder) Android has always been something I've heard about, but have had no experience with. It's always seemed like a potentially great platform with very few devices actually taking full advantage of what it can do, or just doing it poorly. My opinion has changed lately, in large part due to the Nexus 7, the first Android tablet that actually seems really great. I finally decided over the weekend to pull the trigger on the 16 GB model and holy crap is it ever rad.

In addition to not being as stupid expensive as an ipad, the thing that's totally great about this device, and Android in general, is the availability of emulators. It's probably somewhat telling about what I've been using it for that the $25 credit that was included with the Nexus has been almost completely spent on emulators. Being able to play pretty much any game from the N64 and PSOne on back, on a nice looking decent sized screen AND with great controls ala Wiimote compatibility...awesome...just AWESOME.

The question is, however...am I a pirate? Have I done bad? I'm not gonna pretend I own every game I've downloaded a rom for, but the way I see it, if I can't walk into a store and buy a game, or purchase it online from Steam or GOG, if there's zero legal way to buy the game new...I don't feel that bad. I've never pirated a game outside of this, I rarely ever even buy used games, I like supporting developers. I've downloaded an album or an ebook here and there but again, I try not to, I wanna support the people who create the stuff I like.

So what say you? Is downloading the roms for the Sega Master System version of Space Harrier and the Turbo Grafx16 version of Bonks Adventure bad in your opinion? Or not a big deal. Lets keep it civil if we can. Do it for the kids.

Blogs Created:
13 blogs
Most Commented blog:
How Android turned me into a Pirate (not really)
Total Comments on blogs:
109 comments