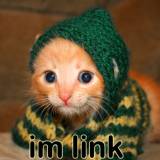 OK, so technically it came out in 2007, but I didn't play it until June of 08. The game itself wasn't exactly great, but the clunky horse riding and silly enemies are things I can forgive in an RPG that draws you into the world. Sadly, voice acting that was BEYOND TERRIBLE!!  is, in my view, unforgivable unless the gameplay is superb - it makes the experience of playing painful. I had to turn the sound off it was annoying me so much, and then it was just some guy riding a horse badly in silence. I mean, the VO in Oblivion was samey, but at least the 4 actors they hired weren't crap. Also, that game was just better in terms of gameplay.

Worst 2008 game I played..... I think I avoided all the reall bad ones. I'll admit to not loving tomb raider underworld, but I never played that one properly (yet).