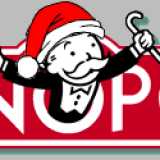 The Empire:Total War demo, Day one

As those of you who frequent the irc may know, I am a big Total War fan. I have always enjoyed the work done by the Creative Assembly and was highly looking forward to seeing their latest game, Empire:Total War. The Total War series is a favorite of mine, one whose strategy and depth have always amazed me. I pre-purchased Empire on Steam and also took a look at the Empire demo that just came out. This is not really a review, but more of a journey through that demo. THis will probably be a two-parter since I didn't manage to get much done today.

First off, I downloaded the demo off its steam page and installed the 2 GB demo, which includes tutorials for both land and naval combat along with a historical battle for each. Just for reference, the Rome:Total War gold edition includes both the original game plus the first expansion pack and shows up on steam as 3.3 GB. Anyway, I have installed the demo and finished downloading the updates, so it's time to open-oh geez, error? What do you mean this is not compatible with Windows XP? It is perfectly compatible, they are meant to be together! Yes I had to work with a steam support guy who I am friends with(for his sake let us call him SolarRabbit) for about four hours to find the files I needed relating to DirectX9. I had this same problem before with playing the Call of Duty: World at War multiplayer beta and it was apparently a problem that affect many would be players. Since I had prior experience with this and others seem to be affected by it as well, I would recommend all DirectX9 users to make sure they have all their parts set up right.

Well knowing this is by the Creative Assembly guys means this will probably be awesome and all will be forgiven. So I finally get the game open, arriving at the legal screen. For all who don't know, all Total War games start by forcing the player to stare at their legal junk for a couple of minutes while they do......something? I'm never sure if they spend that time loading stuff up or laughing at the player for waiting around like an idiot. So while I am being mocked from people across the Atlantic, I notice something odd appearing on my screen. You know how when tvs used to not work right then you would get these white lines going up and down the screen as the telly had no connection? Well that happened to me while waiting on the legal screen. This halted after I forced my way onto the in-game steam page but after forcing the program to stop three times I still could not get the lines to vanish. So I ctrl-alt-delete my way out, sighing all the while, but getting up and going to the bathroom as well. I return from my great journey to find menu noises playing on my computer. I had not closed the game before leaving and now I could hear the noises coming from the program. HUZZAH, I am victorious. Finally, I will get to play the demo. Nothing more could possibly go wrong.

I get to the menu and find all options but tutorial and battle greyed out. By this point it was late and I thought I should go get some sleep, but I decided to make it to the land battle at least and get some action to make up for my wait. I decided to jump straight into battle and ignore the tutorial because the way I saw it, a veteran of all the Total War games should have no trouble with some more land battles. So I pick the available land battle(The Battle of Brandywine Creek) and prepare myself for battle. I find myself at a loading screen, watching some ships duel in a mighty struggle while Our 3rd President, Mr.Thomas Jefferson, has a quote displayed at the bottom.

" When you reach the end of your rope, tie a knot in it and hang on."

Well said Mr.President, well said. No one has ever described war quite as well.

So while I mull over Thomas' words, I watch the loading screen go. I watch it go very slowly. Very, very slowly. I clocked that loading screen in at six minutes......not a good sign at all. Usually the Total War games are pretty snappy with load times, but this one was just an abomination of nature. What's more the bar repeatedly flew past the bar and off the screen, a technically meaningless thing, but a sign as to how little polish really went into this. Finally though, I escape the loading screen of death to find a field. A really, really ugly field. I do not have a bad computer. It can run Medieval2:Total War, Supreme Commander, Company of Heroes, all without any trouble. But here the models just looked awful. They reminded me more of a mashup of the models between the original Medieval:Total War(2002) and Rome:Total War(2004). Once I tried to start the battle, I discovered two things that destroyed any positive feelings I had left for this demo. First, the frame rate and animation was disgusting. Units didn't resemble Med2 in terms of just walking. But what really sent it over the edge was the camera. You cannot move it using the either the arrows or WASD. Camera control is key in real-time strategy games, even more so in Total War. The only way I could move the camera was through the minimap, which involved the camera awkwardly jumping over to that spot. If I had to use that in real battles I would be screwed. Using the camera would be incredibly clunky and make strategy impossible. I check ed the settings only to find my control scheme set as the classic total war style EXCEPT FOR THE GODDAMN CAMERA!!!! SO I played around with the controls for a little while, trying to figure out how to make this playable. Eventually I set off some sort of graphical auto adjuster, sending back to the loading screen and Mr.President's illuminating comments on war.

After another eight minutes of staring at a loading screen I gave up and began my attempt to break out by repeatedly using CTRL-ALT-DELETE, only to find that is was useless here. After another five minutes of trying to get out of there, I finally gave up, flicked the restart switch and gave up for the night. The biggest thing that pisses me off is camera control. It is impossible to play an RTS if one is rooted in one spot, so changes will need to be made there in order to make this playable. Even if I can find a way to revert things to the classic WASD style, the difficulty in getting there means a lot of frustrated people. In the next look at this demo I will try the tutorials and see if those teach me anything or will just flip me off and I will also try the naval combat section. Unless this game starts giving out free copies of Med2 along with cake I can't see myself giving this demo any positive feedback. Still, I believe in miracles, so who knows. Until next time.