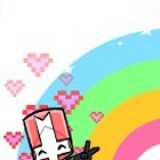 Most surprised by Spider-Man. It hit a sweet spot for me that few games ever have. I never felt frustrated or bored. I never got tired of swinging through the city. The only thing I would change would be to put in a nemisis system after the story so I could just keep going. But I want that for all open world games.

Most disappointed by Hollow Knight, in that it isn't my cup of tea like I wanted it to be. I kept hitting a wall and the effort to push forward outweighed my joy in playing. No shade on the game, it's beautifully designed. I might love the idea of retroidvanias more than ever playing them.

The first has been claimed, too.

If anyone has a spare NA code, I'd be grateful.

I'd be more grateful if Nintendo just released demos instead of this weird trickle-out thing, especially for games that could do with wider exposure.

I haven't played either series, but Witcher 3 looks like Polish Folklore Dragon's Dogma, and yes please.

Relentless cynicism comes from the top down. When treated with contempt, it is reasonable to respond with it. I absolutely agree than the tone in forum trenches can be aggressively negative, but I don't think it's completely unwarranted. As consumers, gamers are more savvy to PR spin than we're given credit for, and the big guys consistently fail to recognize that every inaccurate target demo, every bullshot, every Molyneux promise, every focus-tested robot line-read that presumes we are stupid, every nickel-and-dime scheme, every predatory action they take to part us from our money has a cost, and it is hearts and minds.

Shat bed, be the change you want to see in the world.

I have been a subscriber, but right now I don't have the means. Having gone from premium to free within the past few months, I've noticed that my participation in the site has dropped off a cliff. I come, I read, I forum browse, but without full access to content my visits are far more brief, and my already light participation in the community has evaporated.

I'm grateful for the Bombcast and the morning show. I love the Dumptruck. Patrick has been the site's saving grace for me as an unsubscriber, but I've been a fan of his perspective and content since 1UP -- and while I've had the Bombcast in my feed for years, I came to GB 'full-time' after the definitive fall of 1UP, so his inclusion felt, to me, like peanut buttering the chocolate.

I still love the site, still respect the hell out of the boys and still enjoy all the content I do get for free, but I've realized that the content I most want is that which I can't afford to access right now. And fair enough. If I could I would. But the longer I don't, the less attached I feel to the site itself. Half the time when I cruise by to check out what's doing, I see locked streams featured at the top of the page, and after a few months that begins to become the character of the site -- GB as a site is Members First. I don't see the invitation to participate, I see closed doors.

But maybe it's only a problem because I know what's behind those doors. Thing is, for everyone who doesn't, does the other content on the site inspire them to look? It's hard to see beyond myself here. Does this community grow? Do the boys need or want it to? Do you? Is the 'weirdness' that Jeff uses to describe the character of the site really just mean it is intended to have a short, specific reach? If that's the case, then the content gating is important to give people a sense of ownership over their participation. When I paid the toll, I made use of the club. Now that I don't, I don't. Maybe it's just that simple.

I doubt I'll ever try EVE, but I sure do love reading about it. Stellar stuff, @patrickklepek.

People are still talking about and playing Dark Souls like it's new. It's been two years.

Sure, Dark Souls II is coming out in a few months, but it's been like this the entire time since Dark Souls was released.

As far as cultural currency is concerned, Dark Souls is capital I Important in gaming, like few other games are.

I have some 2013 backlog games on hand (Fire Emblem, SM3DW) that might deserve a place on the list when I get around to them. Very few purchasing regrets this year, by design. I finally broke free of my own stupid relationship with press and forum hype and stuck to stuff that looked cool to me.

Everything that doesn't make my top ten deserves a place in honorable mention. I liked everything I played; I loved quite a lot of it. Normally I hate shooters, too, but two of my top games were both very shooty.