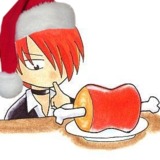 Yesterday came the announcement that the price of an Xbox Live Gold membership is going up. The new pricing schedule takes effect November 1st, with a 1-year membership growing from $50 to $60. Nerd rage was quick to bubble up across the net, some of which I believe is justified.

Major Nelson justified the price hike today stating that since 2002 "... we have continually added more content and entertainment experiences for our members, while keeping the price the same." This is all true; when I first started on Xbox Live in 2005 it was specifically because I wanted to play games online. Since then the advantages of Gold have grown: early access to game demos, Netflix instant queue, last.fm, Facebook, Twitter, and weekly discounts on downloadable content have all been added. An ESPN channel, Hulu Plus, and AT&T Uverse content have all been announced and are in the pipe for Live Gold.

All of this content is supposedly inflating the price of Live Gold. This is a service whose core functionality is online gaming, which Microsoft's competitors and many gamers agree ought to be free. This is a service which has opened up more opportunities than ever for advertisers while still charging a premium to its members. This is a service that takes a cut from every peice of content sold in its online market. To me, the Xbox Live Gold service is starting to look a lot like cable TV.

If you're subscribing for cable or satellite TV, you probably don't watch all the channels you get in your plan. You can choose how much to get for what price you want to pay, but there's always going to be some amount of bloat in the package that doesn't interest you. Xbox Live is starting down this path, broadening their stable of services to a point where everyone in the audience is going to find something they like and something they don't. When these new services were included in the original price, I have little to complain about. Now the price is going up but consumer choices are not.

As long as Live Gold remains the only avenue to play games online on Xbox, Microsoft will have an audience for their premium subscription, myself included. With all of these new services, Gold subscribers deserve more choices as to what services they can receive through Live. "Take it or leave it" is no longer sufficient. I've occasionally used last.fm, I watch Netflix almost every day, and I've been salivating over Hulu Plus. But I have zero interest in ESPN, and I'd argue that the Xbox 360 (or PS3 for that matter) is the worst platform ever for using Facebook and Twitter. I should have the option to opt out of some of these "channels" that I don't need, and to have the price of my subscription adjusted for that.

Xbox Live brings a lot to the table, but it's starting to put things on the plate that not everyone ordered. Give your consumers better choices, and we'll keep coming back for more of what's best for us.