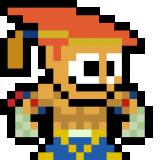 For me it would have to Rock Band.  The minute they announced Rock Band 2, it destroyed what Rock Band had going for it, that it would be an iTunes like content delivery service, where you only have to buy the actual media.

When Rock Band 2 was announced, Harmonix proved they were money-grubbing whores just like RedOctane.

I think a good and helpful addition would be if reasons for submissions being rejected were added to the Pending Subs. page.  I think in the long run it could be quite useful.