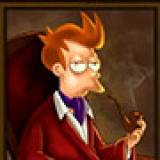 It's been on my backlog for wayyyyy too long.  I've had the game since it's release.  I thought it was still a pretty fun game, it just isn't as polished as it could've been.  If Fable 3 fixes some of those problems I think it could be a pretty swell game.

My experience getting my wisdom teeth out

This morning at 10 am I had an appointment to get my wisdom teeth surgically removed. I figured I'd right this blog to share my experience with people.  I'm sure there's a few of you that will be getting them out soon or will need to in the future.   I opted to laughing gas, then sedation.  In a weird way I actually found that part kind of fun.

So to start off I had to fast for six hours, no food or drink.  This wasn't terrible considering my appointment was in the morning.  Skip to 10 am and I'm sitting in the chair, pretty nervous.  They strapped me to a heartbeat thing(wii vitality sensor), blood pressure monitor, and some thing on my wrists.  The surgeon then put on the laughing gas.  He said it would relax me.  Holy hell did it.  In the beginning I was definitely nervous but then it started taking affect.  I felt so chill.  Then he said I was going to feel a pinch for the IV sedation.  I don't like needles but I was just thinking whatever at the time.  He then said I was going to get sleepy.  After that darkness.  Then I woke up.  That was the weirdest thing.

The IV definitely made the procedure easy as can be.  I always wondered what it would be to knocked out.  I thought it was just like a deep sleep.  In some ways it was but there was one big difference.  No concept of time. The procedure took an hour. If you take an unexpected nap on the couch and wake up, you still know that time has passed.  When waking up from this, it's like nothing ever happened.  I was still out of it for a little bit when I did wake up, most likely from the laughing gas.  I remember my mouth being completely numb.  There was a piece of gauze on my tongue and I thought I was biting my tongue off and putting it back together.  After about 15 minutes I was pretty much back to normal, my mouth was still numb and full of gauze so talking was a little difficult.  The surgeon said that I wouldn't feel pain for about 5 hours.  This was true, I felt fine.

So my mom drove me home.  I had a mcdonalds smoothie to get something in my stomach.  You have to drink it with a spoon though, straws can cause suction and dislodge the blood clot.  I read some GB, listened to some tunes.  Then I started to feel a bit sleepy.  I went to bed for a couple hours and woke up.  Turns out my 5 hours were up.  I know everyone can be different in this situation but holy shit.  I felt like I got hit in the face with a wrench.  I haven't felt that much pain in a long time.  The brochure they gave me said that the most intense pain lasts about six hours from when the anesthetic wears off.  IN bold they put that you could take the pill before it wears off, then the pain can be managed better.  I wish I saw that before I went to sleep. I took the pill and it took about 45 minutes to really kick in. After looking it up they gave me vicodin.   Now it's not too bad, just feels like my face is swollen and a little achey. Netflix streaming the xbox has never been more useful.  I wish I could go to the bank so I can put money in my account for the GB subscription.  I'm not suppose to drive a car for 24 hours.

If you read all that thanks.  If there's some grammer/spelling stuff, I have an excuse.  Any questions or something you want me to go into more detail, just ask.

Go see it.  I would have to put it with some of my favorite films.  It fucks with your mind, but doesn't make you pissed off about it.

It's going to be awesome.  I can't see how people complain about 15 bucks for the game.  Next week can't come soon enough.

Hopefully I'm getting one tonight.  It looks like a ton of awesome.  Dare I say "magical"?

I started Mass Effect for my winter break from school since I have until like the 22nd before I start again.  I'm probably going to be ordering Forza 3 also.

Wow, I totally forgot the game was coming out on Sunday.  IGN just put up their review and gave it a 9.0.

Wow, I don't think I've been this excited for downloadable games ever.  We have Geometry Wars 2 and PixelJunk Eden coming out next week.  Braid looks pretty cool also I love the art design of the game.  The game I'm most excited for Bionic Commando Rearmed, I've been waiting for this game since they announced it.  I was getting impatient from all the delays and it's nice to know there is a solid release date now.  Galaga Legions looks solid also, it's made by the guys who did Pac-Man Championship edition so I have no doubts it's going to be really awesome.  Castle Crashers is made by the guys who did Alien Hominid, that's enough for me.  The great thing is all of these games are coming out within the next month.  It may be a slow time for big retail games but I'm perfectly happy with these downloadable titles.

I'm usually not the fighting game type but Soul Calibur 4 is looking really awesome.  1up.com just gave it an A, looks like I'll be picking it up Tuesday.

Blogs Created:
12 blogs
Most Commented blog:
My experience getting my wisdom teeth out
Total Comments on blogs:
57 comments