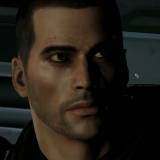 Having been watching Gordon Brown's performance post the third TV debate, I have to wonder where they were keeping this man the whole of the election campaign so far. Whatever I may think of his performance this is Brown at his best, and I can't help but wonder if he'd come out with this sort of passion, this sort of fighting spirit, from the start he wouldn't be lagging so badly in the polls. Still, there's a day left yet, and everything to play for, and I think the British public loves someone who doesn't know when they're beat. If nothing else, Gordon will go out swinging and that's something at least.
Anyone else been following the coverage in the past couple of days? Any thoughts on our PM's last ditch effort?