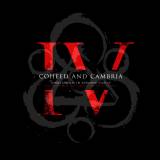 I've never posted a blog on the internet before. Not on this website, not ever. So, welcome to the first edition of my blog. No, there will not be food...just food for thought! (Yeahp, that's humor).

Anyway, I thought that since this is a website about videogames, I'd do my best to blog about one. Right now, I'm staring down about 30 pages of term papers due in about a week's time, so I figured I'd take a break from that writing and move to this writing - it made sense at the time. So, let's talk about Mass Effect 2. Firstly, I was a tremendous fan of the first game but, unlike most people, I was only ever able to play through it once. With few exceptions, I find that I do not enjoy a single player game experience the second time through (this even held true with Dragon Age Origins, despite many attempts to play an entirely different type of character). I thought the first Mass Effect game was fantastic, though, and as a huge fan of science fiction literature, I appreciated the respectably good storyline and interesting characters. Yes, Liara and I boned. Yes, I liked it. Moving on.

Mass Effect 2 comes along, I play through it and absolutely love it. That is, until the ending. You see, I had managed to avoid all plot spoilers except for the fact that a friend of mine told me there was a huge moral dilemma you had to face at the end of the game (not exactly like the first, but something similar). This came as no surprise to me - it is a Bioware game, after all. However, when I finally got there -  *Spoilers* I'm talking about the part where you can choose whether or not to destroy the empty Collector ship/home world/base - I had no idea what to do. My Shepard is mostly a "good" one, although I did choose some of the rebel options throughout the game. I knew which decision aligned with which morality, and I think that's why I had such a hard time deciding. Logic told me that ANY technology would help against the incoming mass of Reapers, but I also found it difficult to choose the rebel option. I chose the rebel option. I'm not sure why, maybe because of a deep-seated badassery inside of me, I don't really know. But what I do know is that after I chose that option, I was devastated. Nobody on the Normandy would agree with what I had done; they all seemed pissed off that I had chosen to give Cerberus this technology, even if I told the Anonymous Man (was that his name? Ha) to fuck off. Then, people of the internet, I did the unthinkable...

I reloaded my save and chose to destroy the ship.

This has really affected how I look back on Mass Effect 2. Even in the first game, after I shot Rex in the god damn face, I didn't undo what I had done. It was part of my storyline, my Shepard, and these were decisions that had to be made and lived with. I realize that this may sound extraordinarily roleplaying-esque. You're thinking, "Come on brah, it's just a vidjagame, who cares if you go back and change a decision like that?" Well, as I said, I have a hard time playing through single-player games twice. I think this has a lot to do with how I interpret the story and interact with and interpret its characters, plotlines, etc., especially if there are "decisions" involved. For some reason, I haven't played Mass Effect 2 since, although I'm fully aware that the new DLC let's you get back together with Liara.

So, Giant Bomb, has something similar ever happened to you? Do you find yourself unable to replay single-player games? Tell me about it in the comments!