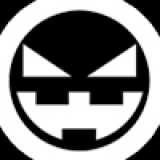 What Ryan Taught Me

There's a number of things I could write about Ryan. I'm just another dude who listened to him every week in podcasts and live streams and stuff. But I still feel like a big part of my life up and vanished. Many of us do. But I remember a specific interaction I had with Ryan that I think about pretty often, especially now.

You might remember a few years ago, Gamespot's Carolyn Petit made (I assume) her fist on-camera appearance in a video review. Carolyn was/is a transgendered person. Once this video went up, a segment of the internet, as it is often wont to do, was a bunch of festering garbage people. I, and many people were pretty fucking disgusted with all these awful people saying these awful things. Par for the course really.

Ryan wrote something on twitter about it. I'm not sure how I'd find it, so I'll have to paraphrase. Needless to say, he expressed his own disgust with the video game community for acting this way towards a colleague he obviously liked and respected. He expressed some sort of desire to fix this fault he saw in his profession/community.

I replied to that tweet with a somewhat misguided, if well-intentioned reply. I pointed out that this wasn't really a problem with video games/games journalism/whatever. This was a shitty problem that people in every profession had to deal with. It was just a "human" problem. I assume my intent was to try and make him (read: me) feel better about the specific state of this particular part of culture.

Ryan replied to me, and said (again, paraphrased): "Yeah, but I at least want to believe my corner of the internet can be better than that."

And he was right. He was so damn right. We can't all change the world. We can't wave a magic wand and stop prejudice and hatred and all that shit. But we can chip away at it. If we all have the sense to do our part in our little subset or corner of the world, we make it better.

But more over, it was a wake up call against apathy for me. I felt terrible for perpetrating that shitty outlook of, "Yeah, it's a problem, but it's too big to try and fix." What a horrible thing to think. To just give up. To not even bother. Why would I minimize it like that? What is gained by trying to deflect the problem? Why not just take it head on?

Ever since then, I feel like I see more and more of these kinds of issues cropping up. The long overdue discussions about video games issues with sexism, homophobia, etc. And I see these people just trying to shut down the arguments. These "video games are supposed to be fun" people. These "why are we talking about this?" people. These people who don't seem to give a shit.

That's what Ryan taught me. To give a shit.

To give a shit about giving a shit.