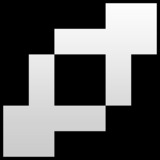 iJump Back on the Wagon – iRacing Battle Log, Day 159

I certainly haven’t abandoned iRacing, but in a sense, I fell off the wagon for a while there.

Between vacations I had already scheduled and devoting free time to the Giant Bomb Racing League, I let my first full-length official season in fall apart. It doesn’t even matter when I finished in the Skip Barber Race Series points, since I ran a fraction of the races I should have for a proper season.

Anyways, that needs some correcting. Before then, though, I feel it’s necessary to discuss what went right and wrong before renewing my battle with iRacing:

Thanks to an extraordinarily safe time in the Miatas at the start of my career, followed by a handful of slow-yet-adequate races in the Skip Barber last season, I've earned a C license with relatively little effort. This gives me access to a couple of new series that are rather interesting, including the Star Mazda championship, V8 Supercars, and what was once my end goal, the Grand-Am Series.

There’s also Grand Prix Legends with the deadly Lotus 49, but that’s a level of insanity well beyond my tolerance.

The logical next step beyond the Formula 2000 is the Star Mazda, since it’s a modern open-wheel car with more power and grip than its little Skippy brother-from-another-mother. It doesn't have iRacing’s newest tire model, though, and frankly, I didn't complete a full season in a D license series. That eats away at me somewhat.

Still, I’m beginning to think my goals in iRacing are changing.

The most significant sign that iRacing is no longer just about me on this site can be seen pretty easily in our League roster. We have 63 site members signed up.

Seriously. I know the Forza clubs have had hundreds, and there’s thousands in the Steam groups, but this is iRacing. It’s like racing DotA 2, except you have to buy the stupid hats and swords to progress. I expected we might have about 20 people join our ranks, and we've tripled that number.

Not only do we have a bunch of people, they’re incredibly talented. Not counting the wonderful logos B0nd07 and aurahack have donated, our members put together great videos and guides. I’m still floored every time I watch DavyC412’s Formula Duder promo video:

A nice side effect of both this blog and the flourishing league is that I’m becoming more experienced with using XSplit, streaming to Twitch, and talking into a camera pointed at my skull. While I don’t ever expect it to take off on any grand level – my highest viewer count was 22 after an unexpected Rorie TweetZone plug – I do hope I can build my streams and videos into a nice resource for people who don’t care to spend the crazy money on iRacing but still want to see what it’s all about. Plus, XSplit allows me to throw together a bunch of graphics and video to improve my production quality, and that’s a thrill for me in itself.

Hell, I’m listening to music these days and thinking, “Hell, I bet I could use this as a theme for a series without getting in copyright trouble.” It’s dangerous thinking.

One unfortunate limitation of my current situation: My “turbo” Internet is awfully slow. My upstream bandwidth is 1.15 Mbps, which severely limits the quality of what I can stream, most especially when I have to ease off the limit so that my car doesn't warp around the track for my fellow competitors. I’ll hopefully be able to fix this in the next month or so, but I’m not looking forward to visiting my cable company and reminding them that I already own a cable modem that can handle your fastest bonded speed just set it up already I have the money geez

Oh, and DavyC412 didn't just make an awesome video for the Formula Duder series, he made this really cool livery for my Skip Barber Formula 2000.

It’s just the bee’s knees, you know? I’m definitely fond of it, and I’ll be using it for all of my Skip Barber races from now on. A full season’s worth, even. Seriously.

Practice leads to confidence, and confidence leads to results. Unsurprisingly, my lack of gusto in putting forth the necessary laps each week killed me. It’s not fun arriving at a Saturday, Sunday, or even a last-chance Monday race and not knowing the track well enough to run a decent lap. That leads to panic about safety rating, since the easiest way to destroy my new C license is to spin or crash several times in a race.

Partway through last season, after dropping a few weeks, I realized just how problematic this was going to be. I jumped into a late-week practice session at Mosport, having never driven the track in any game before. I figured I could pick it up well enough and run reasonable enough lines to run mid-pack in a split somewhere in the middle of the skill range.

Then you crest a hill like this not knowing what’s beyond it, and realize you have absolutely no clue what you’re doing.

Yeah. It’s a fast turn, but learning to take this quickly and safely in the span of an hour before a race? It wasn't going to happen, and my inability to jump into practice in a timely manner gutted my chances of having an opportunity to race. I’m not going to put myself out there and screw over my safety rating because I don’t know what I’m doing, after all.

With that in mind, I’m going to have to keep reminding myself to practice as many days as possible. Devoting full nights to practice isn’t necessary, either, so it’s not like I’ll have to take away time from other games I have to play. Instinct for tracks and breeding familiarity with braking points, racing lines, and car control nuances tends to solidify somewhat over nights of sleep, anyways.

Just don’t make it too many nights of sleep like I did last season. That’s a great way to solidify an excuse about being rusty.

I’m being picky, but despite 63 members, our biggest race so far has only featured around a dozen participants. I know that there’s no way we’ll get everyone together for one gigantic and amazing race, and I may be starting slow in the number of races we’re offering, but I certainly feel that I owe everyone in the league a chance to enjoy themselves among fellow duders. I’m going to keep working on increasing participation, regardless of the cost.

I’ll leave this discussion for another time, and the specifics of what iRacing has cost me thus far.

For now, my mission is intentionally simple:

Once I’m back to using the Skip Barber regularly and have my safety rating over 4.00, I think it’s best for my purposes to jump into a C-level vehicle like the Star Mazda and run time trials. These aren’t great fun, but successfully completing four trials while above 4.00 would boost me up to a B license and open up just about every official road event available. If time and luck are willing, I could repeat this process to reach an A license, which is just about the best I can possibly hope for at this or any other point.

That’s not to say I’m going to rush up the pseudo-career ladder in iRacing. Rather, I intend to take my time working up through the various series, and I’m hoping to record various practice and race sessions live, even if I don’t stream them. I think showing off what I’m going though in the moment of action is far more interesting than attempting to narrate a race afterwards.

I’m ready. I’m back on the wagon. My battle with iRacing is nowhere close to over.