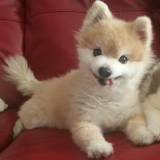 I was looking for this too, made a quick one here.

So while WE might want to just watch full-screen trailers, the production company was hired to cover an event. So they do what they do best, and try and cover the press conference like they would the rest of the events they work on in a year.

I'm sure it's the least of the game companies concerns that the production company tries to put in a little razzle-dazzle, when they're probably more focused on getting everything else at E3 ready.

Or maybe no one really knows what they're doing, and this is all a dream.

I think if DOOM wasn't an entry in one of the staff's most beloved franchises, it probably wouldn't be #1. And even though they didn't care for the multiplayer, it seems like the surprise nostalgia made a lasting mark. It'll definitely be #2 at least.

Around #4, near the top, has generally been the "Jeff's favorite AAA game" slot. Titanfall 2 fits that pretty well.

It seems like around #7 is where a game usually lands where it's very high on one person's list, and no one else's, but they fight for it. It doesn't feel like there's that game from anyone else besides Dan this year. (Maybe Alex with Thumper or Darkest Dungeons, but he seems less enthusiastic than years prior).

Jeff hates Uncharted for whatever insane reason, so it should be higher but he'll argue it down.

The wildcard to me is Jason, and if he argues for an out of left field game in his, presumably, limited talking time.

I think Hitman will win over Overwatch because of Brad. He always takes a hardline stance on a particular game and rank. My guess is that he won't let Hitman be less than #2.

And Vinny just seems to like everything except Flower, so he'll be cool with anything if it means leaving early.

If something's not popular to you, it might be to someone else.

I agree there are too many Fire Emblem characters for my liking, but they're all fun to play as!

I like the ridiculous characters more (Wii Fit Trainer is the dumbest, best thing), but just because that's what I enjoy doesn't mean they should take away someone else's fun.

Double Fine for shaking up the industry, and making some of my favorite games.

Naughty Dog for Jak 1, Uncharted 2, and Last of Us.

Also, Nintendo. Without them we'd really be nowhere.

Going to update my post above as well, but this year was definitely a surprise with Mario Maker going to #1. I feel like the only other major surprise is Kerbal at #4 (with the "COD: Advanced Warfare Outta Nowhere" spot). Invisible, Inc. slipping in at #9 is fun too.

As far as the spreadsheet attempt, it did well at generally placing games near their spot. If Life is Strange and Axiom Verge made it, it would 100% as far as which games would be on the list. But 80% ain't too shabby at prediction this ridiculous process!

Here's the two lists in case no one wants to see the fancy spreadsheet:

@kiruvi: Looks like we had the same idea. It really is fun to keep track of this stuff, for whatever dumb reason. :)

Added Jason and Alex today. Right now it looks like MGSV is clear #1. Rocket League and SMM are fighting for #2. And, unless Jeff's list is ridiculous, Bloodborne, Fallout 4, Ori, and The Witcher will be lucky to be #10. Crazy!

I took out Rorie's score from the Total for the time being, and added Austin and Vinny's lists!

Pretty clear that MGSV is going to be the #1 game. Super Mario Maker is a safe bet at #2.