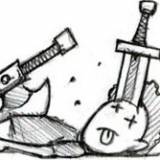 @willherox: Hey there. My 360 has simply been packed away into its box so there's always the possibility of a revisit to the Normandy. I also finished off the last of my backlog of games on my 360 so it was time to give it a much needed rest. But it'll always be there if I need it.

I'm always holding out for a remastered trilogy though ?

Persona 4 was another game that got me good on the emotional scale. There were others that had similar reactions but Mass Effect 3 is the one that always pulls really hard on the heart strings, especially as it feels like I'm really saying goodbye to my friends. In all honest I'd love for Bioware to make a full on sequel with Shepard, but we all know that's not gonna happen. I'm probably gonna lose some brownie points here but I also enjoyed Andromeda and became very attached to those characters.

Anyway, enough of my ramblings. Take it easy.

This was both beautiful and touching, as cheesy as that may sound. I also have a similar attachment to my Shepard and I recently finished Mass Effect 3 for a 10th and final time.

I'd come to realise that I needed to retire my Xbox 360, which meant no more Mass Effect. Even though there's backwards compatibility with Xbox One it just wouldn't be the same, plus you have to repurchase all the DLC. So with that I played through the trilogy once more.

Playing Mass Effect 3 and knowing that it be the last time I saw my Shepard and her friends was also going to be an intense emotional rollercoaster ride. But I never anticipated how upset I would get.

The ending is always a heart string pulling, gut punch of emotions and I usually take a breath whilst the credits roll and simply pull myself together... Not this time though. It hit hard and I couldn't stop crying.

So thank you for opening up about your experience with the Mass Effect universe and again for typing what was both beautiful and touching.

Have a fantastic New Year.

They just need a better moderator. That's where Ryan was perfect on these discussions (and is sorely missed). Once the discussions started to get drawn out and everyone was just repeating themselves, he'd step in, get everyone back on track, get a decision made and then it was straight onto the next topic.

100 players drop into a kitchen and must cook 100 chicken dinners and then eat them. Winner gets a chicken dinner, with apple crumble and custard for dessert.

Could it be Alundra? But it was a PS1 release...