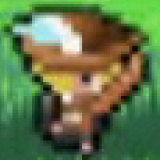 I recently found Chaos Island in a pile of old CDs I had stashed away in a box and promptly installed it. As I played the beginning it brought back a ton of old memories as this was one of the earliest  gaming memories. If you haven't played it (and I'm guessing most of you haven't) it was a tie in game for the second Jurassic Park movie, the weird thing was it was a real time strategy game. Now why the developers decided an RTS would be the best fit for Jurassic Park is beyond me but they ended up making an interesting game anyway.

The game starts out pretty normal with you controlling some of the characters from the movie who have to build camps, gather supplies, and basically survive on the island. The actors from the movies give their voices for the characters in the game as well but the story is only told through pictures and maps with character voice over between missions. Each character from the movie has different stats associated with them and you can take any of them out into the field but only up to a certain number. Sounds pretty normal right?  Well then things get weird. Really weird. Basically you find some kind of serum or something that let's you hatch dinosaurs that will follow your orders. That's right you can make an army of dinosaurs to fight for you. You can eventually hatch bigger and bigger dinosaurs up to a fucking T-rex. Its pretty insane and only follows the movie only in the loosest sense but it was still amazing for the 7 year old me. As a kid I loved dinosaurs and loved the Jurassic park movies basically because they had dinosaurs in them. So this was perfect for me. Playing it now I can't tell if they game is any good or not  since I hold so much nostalgia for it since it was one of the first games I ever played.

So have any of you guys played this game? I'd be interested to know if the game is actually any good or if I was just happy playing a game where you could control dinosaurs. Anyways I just thought I'd write up some of my thoughts and share some info on one of my earliest gaming memories with you guys since I found the game after all these years.

If they are good and resonably priced

Well I do sometimes but usually I don't buy them because I am busy playing retail games. This is not to say that I don't pick up the best ones but I usualy don't go looking for downloadable games like I do with retail. I just wait for people to tell me about a new downladable game and how awesome it is before I buy it.