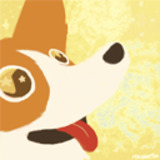 Happened to notice that the video_show field is null on a few episodes of established series while trying to filter the videos endpoint using the video_show filter along with an id, and having some conspicuous absences within a few shows.

When I went and looked up the missing videos directly using their IDs, I noticed that with both Part 2 and Part 3 of Def Jam Fight for NY (Gaiden the Ring), and episodes 1 and 3 of Shadow at the Water's Edge (Clue Crew), are returning null values for video_show in the API even though both episodes appear to be categorized properly in regular website navigation.

As a sanity check, I went and checked the Apple TV app to ensure it wasn't something I specifically was doing wrong, and can confirm that when I'm filtering by show there, these specific episodes are missing from there as well.

Affected IDs (that I noticed):

@cale@axalgrave It took me forever to figure out, but that, at least for me, was a Tonya towing mission - you have to call her to initiate it, then she'll text you about another one that you need to call her about a little bit later. Hopefully that gets rid of your ghost missions

@alex_navarro Is there a panel? I'm not seeing it on the schedule: http://t.co/ZEEOfFbO3L

@mudron Yes. I think Jeff just hasn't written the description for it yet.

So yes, there is a panel, it just isn't on the schedule yet.

@f00: Yeah, if you haven't reserved yet, there's no way you're getting in. I know that when I went last year on the second day there were still people waiting to get in, sitting in line with their computers. There are 374 spots still open if you show up the day of, but the chances of you getting in unless you show up at some obscene hour is really low.

@crimson26 You probably already figured it out, but for anyone else that stumbles upon this, you have to go to System under the settings tab, then Console Settings, Audio, and disable the option that says Ratings Collection Sound. No one seems to know what this is exactly, other than the fact that it makes an annoying buzzing sound.

I've had this issue occur twice now, it'll hard-lock the game, and after you reboot the save is corrupted. As a result, I've begun copying my save to a flash drive after I complete every mission so that when it inevitably does it again I can just bring the save from the flash drive back in. It's a dumb workaround though, and I hope they fix this sooner rather than later.

This is the rocket I used to go to the second moon, Minmus. I was having a fun little "space race" with a few friends of mine to see who could get to the moons first, so there's a complete album on imgur that shows the entire trip if you're interested. I also have an album of my trip to Mun with a very similar rocket here. One thing people forget is that when you're leaving one of the moons to come back, you don't need a ton of power until the planet pulls you into its orbit again, and from there you can just initiate a retrograde burn (reverse) to slow yourself down. Of course, now that I've been to both moons, some of the fun is gone, but it's not like I'm at a loss for games to play at the moment.

@Barrock: It's down for maintenance right now, until 1am EST tomorrow morning.

I know it’s been quite a while since I last took a journey into the world of the Oregon Trail, and to be quite honest, I took this particular journey a long time ago, and I’m just finally getting around to posting it. For those of you who aren’t aware of what I’m trying to achieve here, I was “inspired” after watching the Oregon Trail 3DS quick look to try and figure out where this series went off the rails. In previous entries I played through the original Apple II version included on educational compilation discs, and the Apple II version that everyone is familiar with from grade school.

Of course, I’m younger than most people that are familiar with the oregon trail, and the first version of the game I ever played was the Oregon Trail Deluxe for DOS, which is what I’ll be playing here today. I know I make comments about the music over and over, and I’m not really sure why, I was a bit enthralled by it perhaps. I found this version of the game much easier to play than any of the previous versions, and while it still seemed a bit too similar to previous versions, they certainly added enough to make it worthwhile. Also, if we’re being honest, there was not a huge group of people looking for reviews of the new Oregon Trail in Computer Gaming World and making sure that it had enough new content to warrant a purchase.

Now that I’ve finally gotten around to posting this one three months after the previous one, I think I’ll keep going, but I will likely switch to a text-only format, where I’m honestly way more comfortable. In addition, getting video of these old games can be a real chore. If there’s enough interest, I’ll keep doing the videos. Don’t get me wrong, I’m going to play through every single one of these damn games, but I might only relay my experiences in text. Anyway, enough of my babbling, here’s the Oregon Trail Deluxe.

Next time, I’ll be taking a look at what is probably the most complex version of the Oregon Trail ever made, Oregon Trail 2. Oregon Trail 2 is also the last game that was published under the MECC name, though many people from that team worked on Oregon Trail 3. See you then!

All this talk about flight sims and flight sticks and related paraphernalia around the site has gotten me into flight sims again. I dusted off the stick and played some DCS A-10C and went back to IL-2, while peppering in something a bit more casual with Microsoft Flight.

I’m not here to talk about boring atmospheric flight simulators though. While going through my Flight Sim revival, I rediscovered Orbiter, a great little spaceflight simulator. Developed by a single person, it has become, over the years, the standard for spaceflight simulation. As soon as you download the sim, you can fly the Space Shuttle Atlantis, or a selection of other made-up ships. The default ships it comes with are built in a very basic way as to make their operation straightforward for anyone who might pick it up, providing extensive autopilot features that flip all the switches for you. In fact, the default space shuttle doesn’t even include a virtual cockpit. These standard ships let you play around in the sandbox without really investing much time or effort.

The simulation as it comes in the default package, while fun, is rather lacking. There is no sound, and the lack of realistic control mechanisms for the ships leaves a gaping hole in what is an otherwise near-perfect simulation of spacecraft and zero-g physics. Just about the only extra features included by default are Flight Stick/TrackIR support. Thankfully, the mod community has made up for the standard install’s flaws, and dramatically improved the function of just about everything. The most popular mod of the bunch, OrbiterSound, adds sound to the game, with everything from engine noise to radio chatter. This mod has become so synonymous with Orbiter that most other mods will include additional sound packages for it. Teams of people have developed advanced and highly realistic sims for Project Mercury, Gemini, and Apollo, all with fully functioning virtual cockpits, which you can navigate your way through with full-length checklists, flight procedure manuals, and familiarization guides, all provided by the mod developers The Apollo mod stands above and beyond the others as a perfect example of how to build a new ship for Orbiter. The sound effects and radio chatter are taken directly from era-appropriate sources, the models and virtual cockpits look amazing, and outside the sim, the mod comes with massive amounts of documentation, which alongside a fully fleshed out wiki, gives you everything you need to be able to fly a successful mission.

Of course, along with a thriving mod community comes a slew of unusual problems. Budding space enthusiasts will quickly discover that they have to install both the 2006 and the 2010 versions of Orbiter if they want to be able to run all the mods available, as many of them, including the Project Mercury mod, require an older version of the core software. Even mods that do support the “new” 2010 version of Orbiter, like Project Apollo, don’t run as well as the older 2006 version of the same mods. At the end of the day, most people still run the older, inferior 2006 version, which has far more mod support. However, if you’re willing to deal with weird technical problems though, there’s a really great experience to be had here, a little different from the standard sim fare, but very interesting nevertheless.

I might write up a more detailed post about my experiences soon, but I’ve really been enjoying my time with this, and with the renewed enthusiasm about sims floating around the site, thought I’d bring it up.