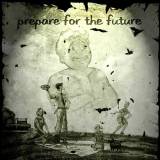 The campaign is as generic as it gets... Playing on PC completely maxed, graphics are a few notches below BF3. Not crazy about the menu design or presentation in general. It follows the modern FPS shooter playbook to a T. Everything from the story exposition to the different mission sequences. Seriously, is anyone ever going to stray from the CoD template? The gun play is OK, the cover system is a bit difficult to do using keyboard and mouse, and I'm finding the enemy AI behavior to be a bit wonky.

The weirdest thing for me happens during the driving sequences. The game seems to switch to an entirely different .exe before it loads up and drops my resolution from 1080p 60fps to 720p at 30 fps. There's no way to change this and it's a bit jarring.

Overall, I'm OK with my purchase. I got it for 50% off and only payed 30 bucks for it. I haven't jumped into the MP yet, but from what I've read it seems like a good time.

I'm also playing on PC and I agree with everything you said. I've played some multiplayer and it's solid but I don't think I'll be playing it much longer before I switch to Halo 4 or go back to BF3. I'm kinda surprised that graphically it doesn't look nearly as good as BF3 does, even in the multiplayer, especially considering that there's no destruction, vehicles, the maps are smaller, and it has a way lower player count (20 on PC compared to BF3's 64 on PC).

I liked Medal of Honor 2010 alot more than most people did but so far I'm actually kind of disappointed by this one. I'll stick with it for a little while and see if it gets better but I don't expect it to. I would've been pretty disappointed with my purchase had I gotten it for full price but since I got it half off I'm okay with it. The whole thing just feels uninspired/rushed/forced and it does have some unique features but none of them seem to really change the gameplay in any meaningful or fun way.

Forrest Griffin, Sakuraba, Jon Fitch lost their first fights. Thiago Alves lost his first two. Bart Palaszewski lost his first four. I think Minowaman went something like 1-8 at the beginning of his career.

You can lose and still go on to be a great fighter, just don't let it break you mentally.

Rick Story and Anderson Silva lost their first fights too although Anderson's doesn't show up on his record.

Just set up a subscription with a credit card then cancel the subscription. You won't be billed until after that first free month.

I too wanted to play Karkand. Oh well, it's better this way imo.

@Metalhead79: I wouldn't be so sure about that. Even the almighty WoW is seeing dropping subscription numbers, Blizzard are working on a new F2P MMO, and there are a lot of big MMO's coming out in the near future that don't charge monthly. There's just too much competition now, and with a lot of people only interested in the game for the story/single player content, I think they're making a huge mistake by not at least offering some kind of "free member" option. I'm happy to wait it out, and I'm definitely not the only one doing so.

Subscription fee's are just an antiquated way of playing games, I'll be happy when they're gone for good.

I do not believe that's WoW's drop in subscribers has anything to do with it being a subscription based MMORPG. I think it has everything to do with the direction taken by Blizzard with Cataclysm. I think the fact that the massive drop off started a few months after Cataclysm released bears witness to this. F2P is still the realm of failed MMOs. I think The Perfect World being F2P is Funcom realizing that they lack the skillset to play with the big boys - Blizzard, Trion, and now Bioware. Age of Conan was a colossal failure. If I remember correctly, it sold around 1.5 million copies it's first month and was down below 100k subscribers by it's six month. It didn't fail because it was subscription based. It failed because it was a broken, unfinished game.

Warhammer Online failed because, again, it was a broken game. However, it still has enough subscribers to keep it a pay to play game. DCUO had 30k subscribers on PC. Is there any wonder why it went F2P? While I don't disagree that F2P is the future for most MMOs. I think there is still a market for AAA MMORPG's to be subscription based. There's a level of quality to WoW and Rift that you don't see in WAR or AoC. Having been in the SWTOR beta for several months, I think SWTOR has this same level of quality and will survive as a popular subscription based MMO for many years. Time will tell, but in the mean time you will be missing out on what is a truly stellar game.

This. There will always be people who are willing to pay more for higher quality. It may not be the majority but it's certainly enough.

Also, Blizzard is probably not working on a free to play MMO because they think it's the future but rather they just don't want to compete with themselves.

@TwoArmed: How long did it take you to go from 1-50 and also how long ago was it? I've heard it's faster now.

Whenever one of your party members engages in a conversation that you would be able to join but you're not close enough an option will appear for you to take part in the conversation as a hologram.

I think the only difference is you can't holocom into conversations in flashpoints but you can everywhere else.

If you're a fan of WoW I don't see why you wouldn't like swtor. I wouldn't call it a clone but the gameplay is very similar (which is a good thing to me). If any mmo coming out in the near future has the potential to last for a long time it's either this or gw2.