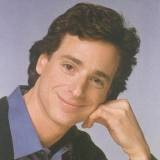 is David Simon's (producer of The Wire) new show on HBO.  Much like The Wire, this show has one of the richest atmospheres I have ever witnessed in a television program.

What Baltimore was to The Wire, New Orleans is to Treme.  The music, the people, the passion...it's all there and as an outsider I will never be able to understand it.

Man, today was a real snoozer.  Why am I even writing about it?

Ten-page research paper due tomorrow on my argument that Andy Warhol, as an artist, worked within Marxist modes of production all the while existing and consuming in such a Capitalist fashion.  Fun stuff!

Not sure why, but after not touching GTA IV for nearly 2 years, I cannot put it down.

No, I didn't start the story over and, no, I haven't purchased the DLC (I will soon though).

For some reason, I can't put down the multiplayer.  What I once found to be a dull experience because of auto-aim, juvenile opponents (and teammates), and GTA IV's often tourettes-inducing version of the Euphoria engine is now an incredibly enjoyable experience.  There's just something about jumping your motorcycle off a ramp into your buddy's passing speedboat that other games can't match.

I would write more, but my hands need the sticks again.

Starting it up, but I'll attempt to say something each day.

Whether or not it will be worthwhile remains to be seen.