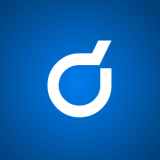 Don't get me wrong, Modern Warfare 2 is a good game, but some of the stuff that goes on in multiplayer really ticks me off. Luckily, I haven't broken any controllers... yet. :P

-Dual 1887's. Who the heck at Infinity Ward thought this was a good idea? "Let's take one of the most powerful shotguns, and give players two of 'em!" Not only do these things have crazy ass range and damage, but you also look like a dweeb when you run with them.

-Boosting. Seems like every other free for all match I join, there's two kids in the corner boosting for one thing or another - the worst is when it's a nuke. If you can't get it legit, don't get it at all.

-Entering the match when one team is completely dominating. Because we all love joining a team that's getting their asses kicked, right? It's also fun to deal with the other team's two harriers, pavelow, and AC-130. /sarcasm

-Entering the match when it's basically over. I never really remember this being such a problem in Call of Duty 4. I'd rather not join a game for the last couple of kills, the last couple of ticks on the clock, or on a couple of occasions, the game-winning nuke. Then I need to sit through the final kill-cam, the post-match scoreboard, and the waiting time between matches for a game I didn't even really get to play in.

-"Real" camping. When I say camping, I mean sitting in a shadowy corner with Dual 1887's fixed on one door, and a claymore perched right behind the other door. This is especially bad, because most of the maps in Modern Warfare 2 have tons of houses/buildings.

-Big maps in FFA. Sorry, but I don't want to play free for all on Quarry... or Wasteland. It's much too slow paced.

-Getting spawned right in front of, behind, or generally really close to an enemy. One of my biggest pet peeves. It really sucks when you start the game right in front of someone, and all they have to do is knife at the start of the match to get a kill (*cough* Rust *cough*).

-Painkiller death-streak. Seems like every time I'm a kill away from one of the higher kill-streaks, some guy with painkiller comes and guns me down. There's not really much I can do when the guy has three times as much health as me.

Think there's anything I'm missing? Feel free to post your own!

Anyone remember me? Anyone miss me? :P

So... it's obvious that I haven't been on here much lately. That other site has been taking up a lot of my time. I recently passed 34k posts and all that good stuff. If you aren't banned and wanted to add me, click here. Make sure you tell me you're from Giant Bomb or I might not accept the friend request.

I also posted my Fallout 3 review on here. If you're bored, you can check that out as well.

So, how are you guys? How are things at the Bomb?
13 Comments

The Review is Up!

I finally stopped procrastinating and wrote a review! Actually, I had a bunch of fun writing it; it was cool to go back to a game I haven't played in awhile, and now I have a written record of my thoughts to show to others. So, without further ado, check out my review of Battlefield: Bad Company. If you like it, feel free to recommend it - I'd really appreciate that.

Next on the review block is one of my all-time favorites, and came out not too long ago - Fallout 3. It should be done by next week at this time, but as always, is subject to change.