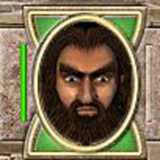 I joined up the very first day one could normally sign up (7-21-2018) so it's been almost 13 years. I started watching you when I was 19, I'm 32. Insane. And even before that, I was reading and watching your reviews at Gamespot.

All of you guys have really helped me get through some stuff, and even helped me become a better person, as I was thoroughly impressed by your honesty and and compassion. I always saw you as very forthcoming and real, something that was often missing in my life otherwise.

All the best to you Vinny, Brad and Alex. And Jeff, I've been here for 13 years, I will definitely hang around for the foreseeable future. Let's see whatcha got cooking up.

So . . . the Cliff Notes summary for those just joining:

Watching this series, I keep thinking that I remember just how *bad* the main plot stuff is in ME3. And then a new episode comes along and re-reminds me that it's even dumber than I remember. And it isn't just the huge leaps in logic, or the massive plot holes, or the incessant retconning, or BioWare's ignorance of their own universe's rules, it's just basic Writing 101 stuff.

So, I'll offer a defense of it

The reapers were created with the mandate to preserve sentient life from killing itself via synthetics. The way they do this is by killing off suitably advanced races with the capacity to create dangerous synthetics after they're allowed to prosper for a period of time. They act like a brushfire, clearing the way for younger races to evolve (and not have to deal with the synthetics created by older species) as well as preserving the "essence" of the older species they wipe out in the form of a reaper https://www.youtube.com/watch?v=CqtAHNQT3-w

Until they find the way to prevent the cycle from playing out in the first place, they continue to act as "caretakers". Harbinger mentions "salvation through destruction", "ascension", and that "We are your destiny" all through the back half of Mass Effect 2 as you encounter him. Frankly, I dont know how adhoc the explanation was, because I know they changed it from an older idea about dark energy or something, but honestly I like it a lot.

It's still kinda dumb though. And it's written in a dumb way.

The Leviathan says: Yeah, so, organics were wiping themselves out with uh, you know, machines and AI, so we built a machine AI to control that. And then it betrayed us!

And then Shep Shep replies: That was really dumb. thanks for the problem you have created, you really suck at this incredibly intelligent life form that considers everyone else beneath them thing.

(And that is a surprising thing, since I would have thought that the most advanced and ancient race in the universe wouldn't have such an inflated ego and would be defeated by their hubris, since as we learn more and more about who we are we seem to be on a bell curve of the ego thing, and at some point one would assume you reach an understanding that we have a lot in common with everything in the universe, living or not, but, well, here we are. Bad writing.)

And the Leviathan replies: Nu-uh! It's working as intended!

Shep: But you just said th--

Which is straight up embarrassing. The whole conversation is silly. If you want to portray these fantastical everlasting aliens as a bunch of self-absorbed pricks (which is boring), there are better ways to do this than them being all angsty in a conversation.

Not to mention that the AI that they programmed is really dumb, and didn't even try to find other solutions than to just straight up murder everyone, even though the command to protect life in the universe is preeetty open-ended. That's some bad sci-fi writing.

Wow. This is some bad writing. "If darkness was a feeling, this was it." Oh my god, please stop. And "You have breached the darkness, you should not be here." Is what an angsty teenager would say when their younger sibling enters their room. Not a flipping ancient one.

Also, the whole Leviathan thing is just some absolute nonsense. My ears are slowly withering away whenever that big space alien bug speaks, it's amazing how silly it is.

@chessman2391: I think at some point I just thought the game is broken, that's how long it took me to beat that one. Like, more than an hour of constant practice. It's probably the hardest one in the whole game. Or maybe after that, you just get kinda good at them, I dunno.

Jan, I absolutely love your solo streams. Keep it up!

@dastardry: He streams at the same time.

Yeah, I remember having a bad time with this boss. I really disliked fighting it, and it just destroyed me over and over. Uuugh. Worst pasrt of the game from what I recall.

@jeff Seems there's a bug in that last level of your version of the game. This is how it looked like for you:

And this is how it is supposed to look like:

The person playing it in the second screenshot took a second to make this happen though, right before that jump there's a swing:

But I don't believe there are insane logic triggers in a Mario game.

So, either you encountered a bug one time, your version is bugged, or there's some insane thing that one has to do in order to progress.

@grephat_isch: She's quite hard. I bought a couple of potions which allowed me to get a bit careless in the fight.