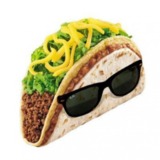 So yes it's full of 'quirks' (i.e, enormous bugs) both in the script and God knows in the programming, but I had to teach myself to program to make this (it's a Node-Webkit / Javascript game) so any real programmer would laugh / cry at the coding. But my goal was to make something entertaining and stupid and definitely not taking itself seriously, so thanks Giant Bomb and everyone else for 'getting' that!!

1.) As a dev, I wouldn't've thought to use NW for something like this, but it makes perfect sense. I do wonder how you structured the dialog trees, but that's probably more because I'm not a game dev.

2.) Since it's just Node-Webkit, is there anything in particular holding it back from a Linux release? I know this kinda makes me "that guy", but more audience is generally a good thing.

3.) Awesome response here. I was a little worried that if we heard from the dev it'd be a lot of "WELL YOU DON'T UNDERSTAND ART" or something, instead of "yeah, it's friggin' hilarious, right?" You're alright.

@hunter5024: So then dig deep. It doesn't have to be breaking news to be a post on a gaming site. Maybe dissect some games or trends. Talk about the trends in broken Early Access releases. A piece on whether the new full-transparency, no-quality-guarantees culture around Greenlight, Kickstarter, et al is good for the industry (because more minds making games, more insight into the process) or bad for it (are we headed for the '85 crash again?). Heck, call out Ubisoft for shoehorning everything into the "open world and towers" format, with examples and counter-suggestions.

Not every week is a game or console announcement. Doesn't mean you have to zero-effort-repost YouTube videos or push GIF collections. 2 quality articles a day in a slow period is better than 15 garbage dumps that take only as much time to put together as it takes to copy-and-paste a few URLs.

Bummer to see Patrick go; though I don't agree with many of his viewpoints, I liked the way he tried to approach games as a thing that can be discussed deeper than only in terms of mechanics or graphics.

Because Patrick went over there, and because some people in this thread have murmured that Kotaku is getting better, I swallowed a considerable measure of distaste for them and decided to give them another shot

Here are the page-1 headlines I found (other than Patrick's introduction article):

That's the illustrious Kotaku frontpage. At the bottom of the page, I see that page 2 has hard-hitting stories like "2015 According To 1995 Game Alien Soldier" and "The MacGyver intro without music is hilariously ridiculous".

So yeah, Kotaku is still kinda hot garbage. Bummer for Patrick; he's gonna be like an NFL coach for a little-league team (or the 2014 Bears).