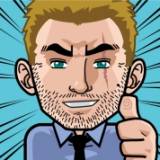 BioShock is not only inspired by the theory of Objectivism that Ayn Rand developed and championed in her written works--and famously fictionalized in her novel Atlas Shrugged--but the game's narrative also functions chiefly as a frightening critique of a society shaped in the image of her political and economic beliefs.  Andrew Ryan’s underwater city of Rapture (the name itself used as a double-entendre for both the height of pleasure and the biblical apocalypse) offers the player a visceral demonstration of the pitfalls of what Rand called “rational self-interest” merged with a dystopian alternate history science fiction epic.


My philosophy, Objectivism, holds that:

In a nutshell, Rand believed that no human being “owed” any other human being in the world anything, save to be free from the threat of violence from each other, and that every man and woman should be allowed to pursue their own happiness and economic interests without regard to anyone else.   Her theories hold many diverse implications for politics and economics, as well as religion, but the creators of BioShock primarily use the game to explore a single question that Rand takes for granted in her fiction and in her philosophy: “What would a society look like if everyone were really only in it for themselves and owed no allegiance to anyone but themselves?”


The Downside of Hands-Off Capitalism: Rand’s Blindside and Ryan’s All- Too-Human Lust for Power

BioShock succeeds as a serious social critique, rather than just an extremely well-designed video game, largely because of its willingness to tackle the main tenets of Objectivism head-on; not by lengthy diatribes delivered through main characters (even if Andrew Ryan’s famous mid-game speech provides a griping visual reminder that arguments over free will still loom large in our modern cultural consciousness), but by dropping the player into a world where Ayn Rand’s ideas have been allowed to take hold and endure until their logical—and, some might argue, inevitable—conclusion.

“[B]y filling a city with ambitious experts, trained geniuses, and breakthrough artists, Ryan set up a top-heavy class system with most Rapture citizens feeling that essential jobs such as food processing, cleaning, simple maintenance, etc. were beneath them, and thus were often ignored (as Frank Fontaine put it: "Someone had to scrub the toilets."). This led to widespread dissatisfaction when these jobs were neglected and an eventual economic collapse throughout Rapture. The social conditions resulting from the economic collapse allowed Frank Fontaine to establish the influential but undermining Fontaine's Home for the Poor and also allowed Atlas to rise to political power and openly challenge Andrew Ryan's leadership...Furthermore, in order to keep Rapture safely hidden from the parasites, Ryan strictly forbade contact with the surface, inadvertently creating a market for smuggled goods, which in turn led to the rise of Frank Fontaine's criminal enterprises. At Rapture's outset, Ryan intended this law to be Rapture's only one, but in the end, it proved to lay the groundwork for Rapture's decline and then divisive civil war."
(Source: BioShock Wikia article on Andrew Ryan . All hyperlinks in the preceding paragraph link back to BioShock WIkia pages.)

The city of Rapture, itself the most damning condemnation of Ayn Rand’s ideas, also functions as the ironic twist of the entire tragedy. By establishing a colony outside the confines of “normal” society and rejecting any principles but his own, Ryan laid the groundwork for his, and Rapture’s, eventual doom. The major flaw in Rand’s theory of Objectivism—and the one which the creators of BioShock seize upon most effectively in their narrative—is that it attempts to deny in ourselves a desire to nurture and empathize with other human beings by placing ourselves at the center of our own interests, to the exclusion of everyone else in our larger society.   The downfall of Rapture was a direct result of Ryan’s attempts to forbid contact with the surface, which was itself a result of Ryan’s effort to install pride as the chief virtue of his city, and deny the corrosive effect of vice and corruption that flourish in the absence of the concept of the collective good.   When the player is dramatically thrust into the heart of this dying city and gradually sees the truth of his, and Rapture’s, situation unfold around him, it’s a potent, immersive reminder that the one trait shared by all dreams of a perfect society is their habit of ignoring the insurmountable flaws in our human nature, often at their own peril.