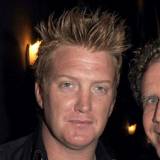 I liked Jeff's review of black ops. It seemed fair but I think he may have missed a few things out. To the average payer, the changes to Black ops seems minor but to those who played Modern Warfare 2 a lot, the changes are pretty significant. I don't play madden but it must be like that with madden where year on year, the changes seem minor to most people but the impact is big for the players who play a lot. I also think Treyarch deserves more credit than they are getting. They added many new features to black ops and listened to player complaints and made the multiplayer more balanced. They fixed problems in the multiplayer that Infinity ward didn't address such as quick scoping and overpowered weapon types. They also added wager matches and the money system. Overall the upgrade for MW2 to black ops is much more significant than the Upgrade from Call of Duty 4 to World at War. Jeff's Review was great by the way.

I think i'll start off by talking about something everyone has probably heard about. The New Zelda. Now, I'm a little worried. It looks too much like the previous Zelda. Twilight Princess was great but do we really need another. The Zelda franchise has been known to be a fairly innovative franchise and this has some interesting concepts but will it be different enough. Wind Waker featured the sea which had to be navigated and Twilight Princess has the wolf and these 2 ideas really changed the way the game was played but I don't think building a game around the idea of cutting in a certain way will be innovative enough.
Now, I have no doubt the temples which will inevitably be in the game will be great but will that be enough. I'm sure the hardcore will lap it up but will newcomers or casual Zelda players want to pick up a game very similar to the game they picked up 4 years ago. The New Zelda just makes me a little uncomfortable. I want it to be good but not just to me.