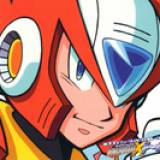 Things I Hate About The Current Generation Right Now

NOTE:  I'm on Twitter, so if you feel like following me, please feel free to do so!  twitter.com/usagi704

Hey everyone!  We all have things we dislike about the current goings-on the gaming industry and here is my current list of things I loathe:

1. Xbox 360's failure to be a dependable piece of hardware

6. Guitar Hero sucking all of what was fun out of the "plastic instrument" sub-genre