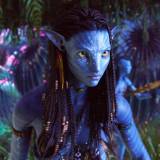 I am in lockdown in my school right now! This is not a drill,and is kind of frightneing. The doors are locked and it's dark. This is kind of exciting in a weird way.

Nintendo made my head Explode!

When I read that Nintendo is releasing sequals to both Sin & Punishment (one of my all time favorite games) and Punch Out!! (one of the best fighters ever), I nearly fainted. They are also releasing a new Nintendo DS, called the DSi, and i'm totally getting it. I don't have a DS now, but because this has camera/photo/mp3 additions, it seems all worth it. These are the things that would have made Nintendo's E3 awesome. Oh well, at least Nintendo's horizon of game has gone from meh to awesome.

I shaved for the first time

I'm starting high school tomarrow, so I thought it would be a good idea to shave all my peach fuzz off of my face. I have done a few touch-ups before, but nothing like this. I didn't use any shaving cream or anything, just water. Overall, I think I did a very good job. My face is as smooth as a baby's bottom. I was feeling very good about myself until I took a closer look in the mirror, and say that there were alot of pimples around my mouth. No! I yelled as I tended to them.

My dad warned me in the past that once I shaved once, it's all going to grow back thicker, faster, and darker, and that I will have to be shaving my face all the time now. So while I think I look better (minus the pimples), and I feel better about myself, I am worred about what is to come in my life. Was it not a good idea after all?

Is there anything I should know that will help me?

If you're happy and you know it...

Some of my Favorte Things

Anything that's neither rap nor country.