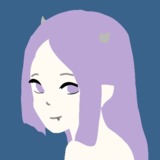 @stalefishies: You can demand a refund if the food is bad, if the movie was bad, if you didn't have a good time at the comedy center, there are plenty of good reasons why and where you can demand for a refund.

@bleichman: That's not how the world works.

@mikachops: Not really, if the game didn't work for whatever reason on PC you would just get your money back or swap for a different game. It was often that games wouldn't work because of drivers or something beyond your control.

@nnickers: My government is, anything you spend money on should have regulation of some sort.

@sahalarious: I never said i preordered or bought the game. What about you pre-ordering a pizza, wouldn't you want your money back if the forgot half of it?

@bmccann42: Imagine any company using this excuse for their product doing harm to others or failing to do what they said it could do.

EDIT : Deleted all the other comments and just placed all into this one.

The trainwreck that is Fallout 76 and everything surrounding it has led to people wanting refunds for the clearly broken game, however Bethesda says no. They are apparently allowing some users to get refunds but not everyone?

This is specifically related to the Bethesda.net Launcher which Bethesda has complete control over.

I've "uninstalled"(the launcher apparently doesn't uninstall anything other than the uninstall.exe file, since i told it to remove everything and that was the only thing it removed) the launcher as i feel that if i cannot get a refund or have to struggle to get a refund for something like this, then the service isn't worth trusting.

Steam is pretty lenient around refunds, i can trust that if the game is THIS BAD, i can get my money back.

But since it's Bethesda's own launcher, i have no voice or any real chance to get my money back, atleast with Steam being so big, you know that governments are paying attention to it, but Bethesda that has only a handful of games, i think not.

I don't know if i worded my concerns adequately but i hope i get my point across.

Also the recent huge data leak of the people that wanted some form of compensation doesn't help.

When i've watching something live it should be marked as 'Watched'

I was watching the Detroit quicklook and was unimpressed with the generic story.

So storytelling in games is generally not the best, but why is it that video games struggle so much with telling good stories?
Mainstream movies generally don't have unique stories either, but then there are books, you very often hear about fantastical books, stories that define experiences that we haven't gotten to in video games, yet.

What if the problem isn't the medium, but rather too many people working on the project? Books are usually just written by 1 person, with guidance from the publisher, but thanks to the internet, publishers are a thing of the past.

Could the problem be that developers are trying to make games and are using their tools to make games first and then thinking of the story later?

Or is it that people lack imagination?
OR is it that the wrong people are making games?

I'd say i would refuse to believe that the medium itself is incapable of fantastic experiences, but then again, i'm not one to believe.

It's -just- that we should have had more great stories than we do now; it's definitely not helping that the most profitable games, are those that get people to pay for virtual points.

Or is it that we(as in we the general public) don't take games seriously enough; to be conduits of great experiences?