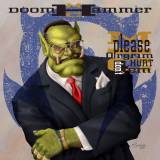 I'm hanging up effigies of Kojima in my home to ward off that pesky Sakamoto.

I noticed that when I paused the podcast player and then started it back up later, it didn't seem to be playing from the place I left off. I just paused the player and took note of how far in I was. I paused at exactly 40 minutes, and about a minute later it was on 40 minutes and 7 seconds. So it seems like something is causing it to jump ahead. I'm on OSX using google chrome, if that helps.

Wait, you said that there is no scanning option, but the tweet from Lucas Pope only says that the scanning mode has no full nudity option? It sounds like the scanning is still in the game; in the PC version you could choose whether or not to have nudity in the scans. If you turned it off, the scan images showed people in their underwear.

80 Days. If you haven't played 80 Days then god damn do you need to play 80 Days! It's iOS only right now though, unfortunately the android version doesn't come out until next year.

I agree with alot of what you said here, and I'm glad you've said it. GamerGate makes a point of assuming that certain people would support what they do in order to gain legitimacy, and I'm sure that plenty of people have argued that Jeff would support them because of his own history with "corruption" (and I hate how that word is being used right now). But I have to make a point about the "anti-"Gamergate side that was brought up here. The idea that both sides have their extremists is something I see parroted alot, and it genuinely worries me because it's a horrible false equivalence because the actions that one side are taking are so different from the actions of the other. Only one side of this is making death threats, harassing the families of those involved, and trying to ruin lives and careers.

I think it sets a dangerous tone for the debate (Although I don't think this is really a debate) to say that both sides are acting improperly considering the scope of those actions. That's not to say I don't personally agree with the general point that silence doesn't equal complicity. I've had the exact same concerns about how to talk about this thing that I'm sure everyone at GB has had, and considering the reach you have online it's a far more important question for you than me. But I don't think "feminists are mean sometimes" is at all equatable to "GGers threaten to rape and murder women sometimes". That's the kind of argument that encourages people not to speak up for something they probably already agree with if they heard an honest assessment of it. And while I understand worrying that addressing an issue could be considered legitimising it, for the people being targeted it is already an entirely legitimate issue. Being able to ignore GamerGates' attacks is a privilege only afforded for the people who aren't on the receiving end of it (Which, to be clear, is mostly dudes!) That's why some people see silence as complicity: because they're the ones who can't be silent. This is not something that can be ignored, it can only be combated with information and collaboration. If you care about seeing an end to this then you need to make your voice heard.

That's why I'm really glad you guys put out a statement on this. Don't give the people who support this any room to justify what they're doing. Make it clear that there is no link between actual corruption in games journalism and the harassment and stalking of women in the games industry. That's the lie that draws people into this mess, and that's the lie that needs to be exposed.

Hey GG, everybody knows that the harassment is linked to GamerGate. Acting bemused and asking "But where's the evidence that this is linked to every single person in GamerGate?" isn't fooling anyone. Nobody believes that your "movement" is about journalistic ethics because you have yet to find ONE example of serious unethical practices in the industry. If you don't agree with the threats and harassment against women that is being facilitated and orchestrated by people you share a banner with, then don't defend it. If you think there's some actual corruption to find then go find it (And two people in the games industry being friends doesn't count as corruption).

I'm sure plenty of people are already typing up their manifesto on why Anita Sarkeesian is terrible and how she lies in youtube videos about Halo 3 or whatever, but please ask yourself if anything she's done justifies this level of vitriol and harassment. When people are being threatened with rape and death (as well as their families), we are so fucking far beyond videogames. This is not internet drama, this is not clickbait news articles, and this is not harmless pranking. At some point you have to admit the gravity of what this really is.

"Aiden was not randomly targeted by an unjust system; he was being a dick."

That's perfect. You can't impart moral judgement on the villain while giving carte blanche to the protagonist.

Not much explanation needed I guess. I'm on OSX 10.7.5, using google Chrome. Watching an HTML5 video, leaving the page and then coming back later just plays the video from the beginning again. I assume this is a bug since it used to do save my position!