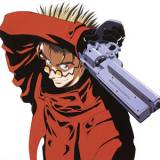 I don't know if it is just me or what, but in the past months the plague known as "Fanboys" has spreaded quickly across Giant Bomb. I was just reading some threads this morning bashing the PS3 and Wii for no reason at all...what really pisses me off is their poor level of argumentation, similar to the skills of a troll (or maybe a mountain goat). It is okay to have your personal favorites, and getting involved some serious debate can be fun, but if the arguments are based on trollspeak...then...we're going nowhere.

It would definitely be interesting to create some kind of blog or thread with quotes made by fanboys that are just plain silly, if you have any quotes that you want to add to this Book of Stupidity, just PM me.

Okay, so here´s the deal: for about a year or so I´ve been happy with my Wii, fulfilling all of my gaming needs. However, anyone who knows me knows that my favorite genre is racing, and the 360 has a whole bunch of great racing games to choose (one of my favorite games ever is Forza Motorsport 2).

My problem is that, asides from thisgames, there isn´t much else appealing to me in the 360's library, asides from a couple of FPS and that´s it. Does the price justify?

So, this entry has nothing to do with gaming...but again my gaming experiences aren´t that remarkable to be blogged, so I guess I´ll just be writing on random things. So,i this blog is about something that happened to me today, which actually caught my attention, about how dumb people can be.

I was driving back home, just while dusk was coming; this is actually time for rush hour, since most people just wan´t to get home as quickly as possible and relax. Yet, most of this people don´t realize that everyone is trying to do the same, and the traffic level is MASSIVE. Anyway, I took a main road and everything was fine, until I got to an intersection and some guy in a Mercedes was speeding all the way into the intersection as the same time as me, even though he had to stop and yield. Of course, I didn´t stop since I had the right of way, and everything ended in a brake slam for both of us (no accident :P). Anyways, I was recoverin fromthe shock, and this dude comes down from his car and starts asking me what was I thinking, if I didn´t notice that he was speeding because he had more important things to do tha dealing with traffic, and some more BS. Anyways, he ended up calling me a "selfish person" just because I didnt stop to allow him to pass.

Now, HOW SELFISH IS THAT?? Makes me wonder how  people have become so independent and concerned of their own benefit, that they forget that we share this world with many, many more people. How can they tackle a discusion without even having arguments, listening to others, or even just knowing that they have no possibility of winning the argument by logic? Makes you wonder...why some people have become nothing but a pile of stupidity...

Blogs Created:
3 blogs
Most Commented blog:
Should I Get a 360?
Total Comments on blogs:
12 comments