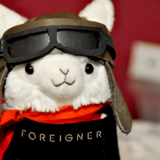 In MH4U I mained the insect glaive and messed around with the charge blade. Over the past month or so I've gotten back into monster hunter and I've decided I'll likely go greatsword and probably bow. I will likely dabble in sword and shield too if only to dragon punch stuff.

Need to start a thread looking for folks to play with next!

Yeah, the game looks pretty damn cool. Loving the art style for the different areas as well as the colour present in each of them. The abilities, from what they have shown seem pretty good too. I will almost certainly get it, it is just a matter of on which platform. Just need to know what the NX is all about I guess.

I am leaning towards Titanfall 2. I really liked the first game, but found it needed more stuff in it to make it a better overall game. And it seems like Respawn has recognized as much and provided that. I will likely get both though.

I'm inclined to believe it is in fact the MC.

Thorn is the biggest offender. When the overwhelming majority of people you play in say Trials of Osiris use it, there's likely a good reason. As stated earlier in the thread, it's a fairly consistent 2-hit kill with its dot damage. It needs to be looked at again, though i'm not sure what should get changed. The dot damage alone? Impact? Fire rate? Not sure what the right solution is.

I'd say make the damage over time less powerful, but last longer. Get the numbers so that all characters who put even half their points into armor can't be killed with two headshots, but it still happens for low armored characters. Also, since the DOT effect would last longer, thorn users could "see" their enemy behind walls and such for longer, and there would be a greater chance of the person shot with thorn being able to kill their opponent before they died themselves.

At least I think that would do it.

On the Planet Destiny podcast, they mentioned that first and foremost, they should make Mark of the Devourer unable to kill a target, at least in Crucible. Which makes a whole lot of sense. I think if they did that, Thorn might not need any other nerf.

That might be part of the solution. I still feel like some other things need to be looked at. Again, I don't know what the actual answer is though. In any case, that's why Bungie is making the big bucks.

I've also been thinking about the range stat fix i mentioned above. If they did something like that they may have to fix a bunch of other stats to compensate. For example, I feel like the Last Word could become totally useless in the game if they nerfed the range too much. So with that in mind, would they boost the impact/damage on the thing? How would they make it still useful in the realm where it excels, which is only PvP really. As in PvE content there is no real reason to use it.

So maybe the range thing shouldn't be a consideration.

Thorn is the biggest offender. When the overwhelming majority of people you play in say Trials of Osiris use it, there's likely a good reason. As stated earlier in the thread, it's a fairly consistent 2-hit kill with its dot damage. It needs to be looked at again, though i'm not sure what should get changed. The dot damage alone? Impact? Fire rate? Not sure what the right solution is.

The last word is fine, except the bug as mentioned above. It has a more significant drop off than the other hand cannons as it should with its ridiculous fire rate. However, it's small clip coupled with its fire rate and stability make it pretty difficult to use well. I'm not sure what i would change about it.

In general, I think all the range stats for every weapon need adjusting. As it stands there is no real reason to use anything other than hand cannons as they have sufficient range to engage on most maps and in most situations. As a result, pulse rifles, scout rifles and auto rifles see little use in PvP. You basically need to get into the large maps like Bastion or Skyshock to really see long range situations where hand cannons don't really dominate.

Shotguns need to have shot package and rangefinder removed from their possible perk list and/or just removed. Without those perks I feel like shotguns will fall back in line with the other secondaries. Though maybe an additional 10% range is removed?

Finally, final round on sniper rifles should be removed as well. Nothing like playing a game of skirmish, or trials only to hear firing of sniper rifles just after spawning. It's not that big of a deal, but it's also really dumb.

Hopefully they take a few hints from Bloodborne's combat as I thoroughly enjoyed that one. It was actually the only Soul's game I ever finished/enjoyed. I thought Demons' was terrible and thought Dark Souls 2 looked boring and slow.

I sincerely hope they don't take any hints from Bloodborne. Its combat was way too forgiving. I-frames are absurd and visceral attack windows are huge. For Dark Souls 3, they should look to Dark Souls 1 and 2 for inspiration.

I was new to the series when MH4U came out, so I went through a bunch of similar questions and such. The answer to your question is yes, you need to redo quests or expeditions to obtain the materials required to forge weapons and armour. You will have to do some reading on what might unlock with each monster.

I can't comment on the multiplayer as I have not tried to get into it to date as I know some folks want to Skype to communicate etc... But if you're looking for a hunter to mess around with, feel free to add me. Veggiesbro is my Nintento ID.

I've completed Bloodborne- Easiest of Miyazaki souls but man the combat is so quick and with no shields, bosses can so easily fuck you up. Hordes of enemies don't help either. Can be a pretty tough time.

This is why. Bloodborne is by far the most challenging of all these games. But because of the order you played the games your perception of them is skewed. Demon's and Dark are about similar in difficulty, but since you played those first they seem harder. Then you got around to Bloodborne, and since you now were much more proficient with these games you didn't have that hard of a time with it (making it comparatively easier than your first time through Demon's/Dark). Then we come to Dark 2. Sure, it's probably the least challenging of them all, but the reason you find it bafflingly easy is because not only have you become very proficient with these games, you've gotten the perception that the most challenging one of them all is below average in difficulty. So when compared to Bloodborne Dark 2 sorta just becomes a joke.

Having that said, if you haven't played the DLC before (like I hadn't) there are some more challenging fights there. However most of them rely on "breaking" the rules.

I mostly agree with what you are saying. But I can't agree with the statement that Bloodborne is anywhere near the hardest in the series. The windows for dodging, parrying are much more forgiving. Then we have the regaining health mechanic. It is certainly a great game, but not nearly as good, nor as challenging as Dark Souls was/is.

Just to throw my 2 cents into this conversation. Dark Souls as a series is better than Bloodborne as a series. I really enjoyed my time with Bloodborne to be fair. I really liked the faster paced combat, but the game on a whole, is much easier than any souls game. Both dodging and visceral attacks in Bloodborne have much larger windows.

On the whole, I am interested to see what they do with the next one, as this was a good starting point. But I feel like they need to make a few tweaks to make it more difficult, and not in nightmare of mensis sort of way or by giving them way more health and or attack power etc...