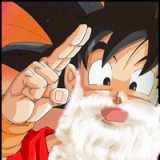 Below are some of my quick impressions, mostly about two of the most interesting things we got two see on day 02 of E3.

Late in the day I got to really take a better look at Fallout 3, and I've gone from dismissive to eager. Seeing the game demoed at the Microsoft Press Conference, I definitely came away feeling that it had inherited all the things that made Oblivion feel a bit slipshod. Now that I've been able to see the earlier portions of the game, I think I realize the investment a player will have to make in regards to his character, and therefore, the rewards he'll feel in the later game. We were lucky enough to be able to start three simultaneous Fallout 3 sessions during our time at Bestheda. By the time we were done there, Jeff had devastated the local doctor and his clinic, Ryan was trying to disarm an old nuclear bomb and I think Brad was hunting rats. We were only there for a short time, but it was enough to see that this game has the potential to not only envelop the player in its atmosphere, but also give him  plenty of opportunities to feel like he's making his own way in the world. Also, I was extremely glad to see that the “nasty” dialogue options seem to have the kind of bite and humor that I loved from games like Planescape and the original KOTOR. It's only an initial impression and things could definitely sour, but as a Fallout fan, this is the first time I've been truly excited about Fallout 3.


We also got to monkey around in Dead Space. You know, it's that futuristic third-person with the projected HUD elements and much severing of alien limbs. After seeing how tightly the whole aesthetic and implementation of the universe are wound together, this game seems right up my alley. I love a really focused third-person shooter that just overflows with little details, and so far Dead Space seems to be just that. The character design is great, things animate well and the weapons seem like enough of a departure from your standard rifles and shotguns to keep things fresh. It's a wonderful surprise, and something I wasn't even looking for when we left for E3.

So there you have just two of the many great games we were able to actually play on day 02. I could go on about Dark Void and my time with SF4, but suffice it to say, I had huge grin on the entire time.