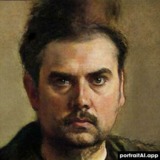 Hey guys, so i have a problem with my gaming pc, it just isn't as fun as my console was.

I've been trying to figure out why this is exactly and I think mainly it has to do with the consistency of experience. While it is true that games on my ps3 look worse, at least the frame rate seemed more stable all be it of course lower. And of course the textures are muddy and the resolution is often only 720p. Then again that all seems totally acceptable to me, perhaps it's conditioning but in the context of playing on the console itself with a controller in my hand I stop caring about the particulars of the games looks and just experience it for the most part anyhow.

Contrast this with the way I play PC games. Various different games may have different levels of graphical fidelity and the frame rate can often be inconsistent (say from 24 to 60 and back and forth in many games when playing to the max). Given that I have payed my own money on the various components of my PC I'd like to see it utilized to its fullest potential but that can be hard to discern with such a variable experience during a play session on any given game. And the fact that some games that I can play on the PC are several years older and worse looking doesn't help things either. The hard swings that make it apparent I'm dealing with a computer and not some magic game box as I had learned to feel like consoles were from when I was a kid playing the n64 is not welcome actually.

I also obsess about the game looking as good as it can rather than just playing it, it does lead me often to care more about games on my PC as tech demos rather than things to experience.

Is there any way for me to love my PC as much as I did my console experiences?

and yes again I know this is all in my head and it's my own damn fault.

Kara Swisher thinks we're either dogs or living in basements

I realize this is a pretty old interview now but I stumbled upon it after following a link from the whiskey media site. This is a clip of Kara Swisher interviewing the whiskey media CEO Shelby Bonnie. For the most part the interview just discusses whiskey media's business model but Kara seems to have to push the video game nerd stereotype at 2:30 and refers to the users as being just like trained dogs at 3:58. Is this relevant? I don't know, but it seems strange to me. Maybe that's just par for the course for internet media people, they see their users as tools and don't actually like them as people and only act like they do while posting things on their sites.

Why this country is fucked up

Now first of all, I understand completely why some people would not approve of my posting this on a site that is clearly labeled "video games" but all the same I consider people who play video games a lot to be my kind of people and sometimes I like to share my views with them.

Now about why this country is fucked up...
The main problem I believe is the media. The current state of the media with regards to politics very much resembles that of people who cover celebrities. The main similarity is that news media worships ratings and the stories that receive the highest ratings are usually plainly based around scandals. You might say that they also debate the issues, but every turn of the debate is incentivized by the media to be overblown and over emotional. Let's face it what gets more views when someone says "I agree with your goal sir, but I think we should go about it slightly differently" or "Republicans(could be democrats too) hate America!!!". It's like the entire concept of being reasonable in politics has been labeled poisonous by the media.

As a result of this the media has rejected discussion regarding important issues to america that are either too complicated or not interesting enough for most people to stick around to watch. One example of this is the trade deficit. We currently sell other countries over 800 billion dollars less than we buy from other countries, unfortunately it happened to us slowly enough that eventually, now, we have an economy mainly based on importing and selling be it shipping or selling in retail. Careers like marketing and management have shot up while engineering and manufacturing have faltered. We've taken out debt to continue to buy things to allow our newly created retail economy to continue to grow, taking out massive mortgages on all our properties. The problem is this mountain of debt had to fall eventually  and that's exactly what we're seeing now, the aftermath of a massive trade deficit. This aspect is never discussed instead democrats point to deregulation to blame republicans and republicans blame the democrats by their inability to fix it. It's a shame our supposedly democratic system can't address an actually simple to fix problem.

If we would only have a reasoned discussion of the trade deficit we would soon realize that Warren Buffet's solution is the answer. He proposed a system in which exporters would be issued import certificates which would provide the right to importers to import goods. The certificates given to exporters would be equal to the amount in dollars that exporters export. Exporters could then sell these certificates on the open market at whatever the current price was which would be set by free market forces. In this way exporting would be incentivized while import would be discouraged thus closing the trade deficit. For too long we've let countries compete based on who can lower wages most instead of who can be most industrious.

You may not agree with what I have to say about the trade deficit but at least you acknowledge that there has been no debate about it, it is important, and our collective attention deficit and the media's worship of ratings has prevented us from addressing issues that are much more important than the hateful arguments that dominate political coverage today.

Here's one of my favorite game ideas:

you are a gun nut living in texas when the chinese army invades in the year 2025. You organize a militia to stop them from advancing into texas. From there the gameplay is basically an open world game where you have to take side missions to secure gun shops, story missions of all sorts where you have to take down chinese encampments and defensive missions where you have to ward off the intruders. I think it would be an interesting experience and certainly would demonstrate the need to uphold the second amendment.
Also I know how patapon should end (this is not a spoiler this is and idea). There should be a third game having the same formula as 1 and 2 with a different people to fight and the same sorts of bosses, but at the end you should find texts that say that all the other types of people you've been fighting were infact also descendents of the paptapon and you destroyed them, not realizing that earthend was not worth the destruction of other civilizations. This message of peace would resonate well.
K, feel free to comment and tell me how my ideas are so horrible and how you're all geniuses
1 Comments

Why I sometimes hate online shooters.

I don't know about any of you guys but personally I sometimes hate online shooters. Mainly I hate them when I lose, in games as purely competitive as first person shooters I often find myself spinning down a steep slope of frustration. It may start innocently enough, I get a bad team in killzone and we all get massacred, then I start shooting less accurately because I'm just desperate to get a kill and before you know it I'm naked on my roof screaming "God Damn ISA!!!!!!".

Blogs Created:
5 blogs
Most Commented blog:
Why this country is fucked up
Total Comments on blogs:
128 comments