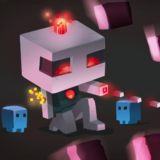 Good-night, sweet prince; And flights of angels sing thee to thy rest.

@fluxwavez: @voxatron: All the games you mentioned are part of the instant game collection (They were the 12 free games offered in June 2012). I have no idea what you're talking about apart from that, your post is kind of confusing.

Edit: Ah, I believe you're referring to this part of the wikipedia page: "The PlayStation Plus Service changed models in June, 2012 to have a constant selection of 12 games always available, as opposed to the previously non-fixed number."

Those were the first games offered when the subscription model changed, so you may have thought that it was the launch of the feature.

exactly, IGC didn't launch as a "official" benefit of "membership" till June 2012. so one shouldn't really retroactively add all the games that were distributed prior into it too, especially when Sony themselves only recognize it as being a year old or whatever.

@voxatron: @fluxwavez: It's two free games a month, at the very least. As for the first free games with PS+, this is the only list I could find. Wipeout HD was the first game offered on the Ps3 according to that.

Edit: And Rally Cross for the PS1, forgot that one.

sorry, but not even close i think you're confusing the "instant game collection" and the "plus service" as a whole. in the states at least, it started with Virtua Fighter 5, inFAMOUS 2, Little Big Planet 2, Ratchet and Clank: All 4 One, Warhammer 40,000: Space Marine, Just Cause 2, Saints Row 2, Lara Croft and the Guardian of Light, Hard Corp: Uprising, Choplifter HD, Zombie Apocalypse Never Die Alone, and Sideway NY.

That's what I thought. XBL Gold gave free games before this GWG, but so did PS+ before the IGC.

@voxatron: @fluxwavez: It's two free games a month, at the very least. As for the first free games with PS+, this is the only list I could find. Wipeout HD was the first game offered on the Ps3 according to that.

Edit: And Rally Cross for the PS1, forgot that one.

@captaintightpants: yeah, but this isn't even a service that's suppose to last past december. so clock is ticking.

Hmmm... Reggie is essentially a giant out of a fantasy novel right? But darn if Senator Armstrong (MGRR) isn't based on Jack so who knows?

This has nothing to do with an analysis of reviews, it's just anger that critics don't like a game you did. This is the kind of stuff that makes Jeff's eyes pop out of his head on Jar Time.

It has everything to do with an analysis of reviews. You cannot critcize something without citing the games that are driving the argument. Me liking Resident Evil is a byproduct of this argument.

No. The argument is a byproduct of you liking RE6.

The Giant Bomb score system has been laboriously described as to refer to recommendation and to be an encapsulation of the text. Game scores are explicitly NOT IN COMPARISON TO EACH OTHER. I don't know how many times it has to be said. Each score is given based on the amount the reviewer would recommend the game, not some end all be all number that is placed there to measure a game's quality. People who continue to make it that are hopeless.

And yet even the Giantbomb staff have stated that they are always in the process of reconsidering how the handle reviews because the current system they have is flawed. As for the games are not explicitly comparable, yeah I know that, and stated that... That's why the system is flawed.

You're moving the goalposts. If you know that you shouldn't be comparing scores between games, why was it the first thing you did exactly that? And the review system being flawed has more to do with content than it does with your ability to take a score and directly compare it to another and go "well obviously this is 1.4 better than that other one". Stop it. The main thing flawed about the review score system is the people who read them use it to pitch this annoying internet fights because their precious game didn't get a higher score than a game they don't like. That's a severe flaw. Stop doing this. This is why everyone wants to throw the entire system out, because they're sick of fits pitched over a score that's only meant to sum up the review.

It wasn't what I did. In fact it was the opposite of what I did. Apparently you're not understanding the context in which I wrote that example. The example of comparing RE6 to Blackwater wasn't made to say, "hey why is this game 1 star and this game 2 stars." It was meant to point out that the current system makes it so that people will inevitably do that, even though it shouldn't be the case. This is a very simple concept and you keep twisting my words to somehow try and prove me wrong about something we're essentially agreeing upon. Go back and reread what I said.

So the aforementioned are some of the things that I enjoyed, but how about we address some of the complaints? Are they valid points in my eyes? I increasingly seem to agree with Jeff that the current review system is flawed. I can't exactly pinpoint the issues, aside from the fact that when you have such a limited score based system,people can't help but draw comparisons to other games and say well this game got two stars and it was broken, so how is it that this amazing game also got two stars, or why is this a 95 when this other game is a 95.3. It's sort of a broken system where being too granular is stupid and being too general is exactly that, too general. For example the horrible Blackwater game reviewed by Alex got 1 star, while Resident Evil got 2 stars. "Does that mean that Resident Evil is only marginally better than Blackwater?" "I maintain that that cannot be true in any universe." "However this is not a discussion that I have the solution too, as there are better men than I trying to solve it."

Frankly, you did pose the question but also affirmed it. Unbeknownst to you perhaps even, but with the aforementioned statement. "Does that mean that Resident Evil is only marginally better than Blackwater?" "I maintain that that cannot be true in any universe." RE 6 elicits a lot of contempt for a variety of reasons, that aren't even remotely vetted in Brad's review even. Solely it's my opinion though no matter how much I maintain it's validity, yet nevertheless it too is merely a subjective interpretation much like Brad's review, or your critique even. If you get rid of the interpretation or the difference in opinion between reviewer and buyer, what value does a review really have after that anyway? Not much, but hollow figures and statistics to gleam from.