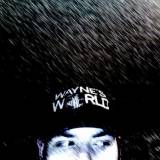 Trying out this blog thing...

So this will be my first blog (hopefully of many). It will contain random things that fall out of my head ranging from things such as game design (provided any games I'm working on ever get off the damn ground >.<), random thoughts on games, or life in general. So with that in mind, onto the first post.

On Sunday night I decided to finally start to play Catherine. I had gotten through the first couple of levels but hadn't gotten very far into it. I was focusing on finishing my first run of P3P. So things seem to be going well and then I notice a little stutter in one of the in game videos. Then without warning a flash and my power light is now blinking red. Thinking it was a power flicker or something of that nature I turn it off and back on. And to my dismay I see the following sequence of lights Green -> quick flash of yellow -> blinking red. After something like 4+ years, my 60 Gig BC PS3 has just bit the dust. At first I was in complete denial. I assumed it just overheated, or it was some weird glitch and it would fix itself shortly and I'd be back in the game. After messing with it for about 20 min I eventually came to terms with the fact that it was the YLOD. What sucks is I just upgraded the HDD to a 250 gig about a month ago if not less. And that process was a pain in the ass for getting it all backed up and restored and such. I also had to replace the power supply a few months before that. And what's worse is that Catherine is still chilling inside the bluray drive, and the PS3 is unwilling to give it back.

Since I've already been inside the thing once, I decided to do some research on what, if anything could be done about the issue and go from there. If I could avoid replacing it right now that would be super as my car really is my main financial priority (basically, it's running again ( hasn't been for about 6 months) but it most likely still dies in moist conditions (when it died in the middle of that giant blizzard that blanketed the midwest back in January, that was...an experience that's for sure) as there was no indication that it was fixed when the issue of getting it back up and running was dealt with) so really, right now replacing the PS3 would not be ideal, even though I recently came into some extra money. After doing some research it seems generally the issue is that the solder that connects the cpu or gpu gets shitty and that's why it eventually gives you the light (similar to RRoD on the 360).

The process overall involves completely disassembling the unit down to the motherboard, and then blasting it with a heatgun to melt the solder and let it reform, hopefully better connected. The (spoiler alert) "first attempt" took me upwards of 7 hours. This was partly because I had to go much deeper into the system than I did when I had to replace the power supply, and partially because I had to get Catherine out of the bluray drive. Man, let me tell you about that bluray drive. Getting into it is pretty easy...getting the damn metal shield thing back on after the fact is a fucking bitch. I'm still not entirely sure how I did it. I guess just trying it enough, eventually I lucksacked my way into getting it back on.

So needless to say by the term 'first attempt', when I got it back together, it proceeded to give me the same asshole yellow light. I think it may have also given me the finger.

I felt that that I maybe didn't keep the heatgun on long enough so I made a second attempt tonight. The breakdown of the system went way faster this time. Only took me around an hour to get it ready for blasting and blasted with heat. It's actually sitting next to me as I type this. I'll post an update later on if it actually worked or not.

*edit2* Not only did a 3rd attempt do nothing for my system but I tried the same process on my friends system (since he long ago replaced it and just happened to have it laying around still) and no dice either. I'm starting to wonder if I'm just not getting the chips hot enough for the process to have a chance to work >.< Granted it's also possible that in both our system cases it's simply a matter of whatever chip died way the fuck died :/

*edit3* Got a no contact thermometer and found I wasn't getting the chips anywhere near hot enough. Also looking online determined focus on the GPU was the way to go. After a 4th attempt at reflow I finally made some progress! The system boots up again, but is far from normal. There is a yellowish haze all over everything (white looks yellow) and the icons are super weird (if you don't have a folder selected for instance you will see the image for the folder but there will also be a grid of the default "no image" images on top of it). It will play games fine though. I played the Space Marine demo with no slowdown or weird game glitches (just some off coloring). I also can't get it to output from anything except HDMI (was trying to test if I screwed up the HDMI port or something else). The only thing I have not done to try and fix it is doing the full wipe to defaults in the recovery menu. I'm going to run a system backup first (already got all my saves through either simply copying it off the unit or using the PSPlus cloud saves for protected stuff, mostly just want to get any downloads I can save because my internet is painfully slow). I also have 2 other PS3's I can try if I kill mine completely or get to a point where no matter what I do nothing fixes it. So here's to hoping I can finally get this resolved soon enough ( I want to play Catherine damn it >.< )

*edit4* So my ps3 is pretty much boned. I can't get it past the point of yellowish whites out of the HDMI and no AV output at all and other weird glitches. So I decided to start to focus on my buddy's PS3 instead (which he will sell me for incredibly cheap if I can get it working). Got it going on the first try XD. Guess I should have tried it to start with. As a bonus he gets all his saves back lol.