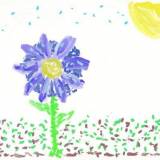 As each big game release season arrives, I make a list of games that I'm interested in purchasing. Here are a few of my opinions.

Hate me if you want, but deep down I still like Halo. And even though what I've seen brings back the old Halo vibes, I hope ODST tries to go for a new feel. I'm not totally convinced this "film noir" look really gives the game any tension or mystery, especially since that atmosphere only seems to pertain to the "hub world" that the Rookie explores. Also, I would hope playing as an ODST would involve more strategy or, and I hate using this word for games, "tactics" than being some enhanced super-soldier. Firefight looks like plenty of fun as well, and hopefully it's appeal will last a bit longer for me than Gears 2's Horde Mode. Perhaps the included multi-player disk for Halo 3 will get me to play again, since I don't have all of the maps, and people bitch when you don't have all the maps. :!

I'll say this up front, I'm not an uber fan of Tim Schafer. I'm an even lesser fan of Jack Black. I haven't played Schafer's previous games, except Secret of Monkey Island, but Brutal Legend intrigues me. I don't know how much I'll like the hack/slash combat, but it's PIkmin-esque squad command gameplay has me interested as to how well it works. That, and Ozzy Osbourne is, I guess, your upgrade vendor. Awesome. The over-the-top metal styling and the more-than-awesome soundtrack also make me want to pick this one up. I might even break one of my rules and pre-order to get demo access, but I still stand by my opinion that you should never pay for demos, in any capacity.

With each day that passes, I become less and less interested in Borderlands. Not to say that I won't buy it, but something is concerning me that I just can't put my finger on. I don't mind the lacking character customization, or even the complete lack of a trading system. It might be that so little of the game has been shown. I like to get a good look at a game before I make a decision, and so far I've seen videos of the same areas, killing the same enemies. Or, maybe those are actually different areas and different enemies being shown, and they sadly all look the same. Even so, I consider myself a loot whore, and if i can have a gun that shoots lightning missiles, or even better, lightning chainsaws, count me in.

This might as well be considered a given purchase, since everyone is going ape-shit (take that as you will) about it. I loved CoD4, even with the plethora of issues I have with it's multi-player, I'm sure I will love MW2 just as much as the predecessor, if not more. More weapons, perks, equipment, and growling UK accents. Sounds fine, mate. I'm a bit curious as to how good the Spec-Ops mode will be, and how difficult it will become to find a good partner. As for single-player, as long as it's outrageously exaggerated and chocked full of explosions I'll be a happy customer.