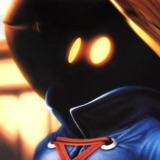 I've had zero issues so far and the game runs stable and buttery smooth. I'm getting ~70FPS on average at 1440p, with occasional drops down to the mid 60's, but never below 60.

I'm using a mixture of Ultra and High settings (everything Ultra, except shadows, clouds, and reflections at high), with motion blur turned off. FOV is set to 90, frame rate set to unlimited, fullscreen mode, and V-Sync off within the application (I've got G-Sync and V-Sync enabled in NVIDIA control panel [yes, both are enabled, as is suggested by NVIDIA, which works flawlessly for me in all games], along with a frame limit of 141 for my 144Hz monitor).

I haven't experienced any artifacting, crashing, stuttering, or excessive frame skipping during gameplay. My system is an R5 3600 paired with a 2070 Super, 16GB RAM at 3600 MHz, and the game is installed on an NVMe SSD.

Edit: Also, dynamic resolution is disabled, 16X AF is enabled through NVIDIA control panel, and anti aliasing is set to TAA; I forgot to mention that

My first upload. It isn't too long, but I think it's fair and got enough challenge to it. Took me, uh, a few tries to get it uploaded.

Give it a shot duders!

I love that the title of the game is still completely unknown to me as I didn't get a key and nobody has posted it. I guess duders either get it for free, or not at all.

I was also looking for the title.

@beforet: I'm not very informed on the happenings with crashes and specific GPU models, but performance-wise, your 670 shouldn't have any problems running DS3; it is still a decent card, you'll likely just have to adjust a few settings to get the desired framerate you want. From what I've seen, the GTX 750i runs DS3 at a solid 30 frames at 1080p with a mix of medium to high settings, however you're 670 is much more powerful than that card, and should have no problems on high settings at the same resolution with a minimum framerate of 45. Again, some fiddling and you should be at 60 frames if that's important.

@beforet: Which card in the 600 series? As with every numbered GPU series, there's quite a vast range of performance levels depending on the model.

Someone decided to go rogue and began shooting at me, so i killed him in self defence before he actually got the skull above his head which instead made me rogue...for defending myself.

Something to improve maybe?

He likely did that on purpose. He shot you with one shot to get your attention, then shot around you and missed on purpose to make it look like he was trying to kill you. Your response was to defend yourself, so you unloaded on him and did enough damage to be flagged as rogue before he had, resulting in you being flagged rogue. This is a common trolling tactic that people use to kill you without going rogue; you need to be able to recognize it for what it is and respond accordingly, unfortunately.

@zenmastah: same here. I was at an extraction point with a large group of players and i guess we were waiting for something to happen. Then, someone started shooting at me taking down half of my health and as he was reloading i toke him down with my shotgun. Then, the game sentenced me as a rouge and i went down in seconds.

=== Anyway about the topic

If there's something i want to add to DZ then it's a solo-only DZ where no groups are allowed to enter while solo players have the option to choose from regular to solo-only DZ.

Also, rouges who kills number of players without dying should have different icon color on top of them. The player who kills a rouge will get different levels of rewards depending on the rouge level (the higher the level the better the rewards).

Also, i wish it has a revenge mechanic. So, once you get killed by a certain player you'll have a free ticket to kill him without any sort of punishment.

Rogues who kill a lot of players do have a different icon above them, they become a higher "level" of rogue with a higher bounty when you kill them; you'll see a number next to their rogue icon to depict this. If you kill enough people while you are rogue, you get flagged with a manhunt, and the entire instance knows your location and you need to survive a 5-minute timer to lose your rogue flag, which is reset each time you shoot a non-rogue player.

As for the revenge ticket, if someone kills you, they're likely going to be flagged as rogue, so find them and kill them. If they've already died, you've missed your chance. If you were given a free ticket to kill the player without any repercussion, eventually that instance would turn into a free-for-all deathmatch as everyone would keep getting "free tickets" to kill their last killer; I don't see this as being a mechanic beneficial to the spirit of the gameplay they're trying to design.

Here's a really good example of what makes the Dark Zone incredible (and something that will never happen in a 4 person group), going to be rare in the final product at best:

Not only is the whole escape sequence completely unscripted and tense, the very beginning of it is sheer randomness as well, a random stranger comes and revives a bounty; he's most likely not in the same group with said person but him doing so makes him an ample target and the escape begins.

I honestly don't see these types of situations being that few and far between, to be honest, regardless of being in a group or enjoying some solo play. If you kill someone who isn't rogue and are flagged as a rogue yourself, you have a few options: continue killing, fortify somewhere and defend, or flee--this player opted for the latter. His escape is tense as he encounters a few groups of agents while he attempts to evade his pursuers, but he is more or less stumbling sloppily through the dark zone in random directions as he runs for his life. This is not to detract from the intensity of the situation, it is just to say that this isn't some isolated special case that you're never going to encounter; you could easily engage this type of gameplay whenever you want by simply killing someone and going rogue. The situation that called for him going rogue, killing a non-rogue agent who was reviving a downed rogue, was his choice to make. He didn't have to kill the agent doing the revival, he could have simply finished off the downed rogue and that would have been the end of it. (In my opinion, the agent who was reviving the downed rogue probably was part of his group and hadn't been flagged rogue himself, otherwise what benefit did he have from trying to revive the guy in the first place?)

I've seen some pretty interesting situations play out on some streams with groups of rogue agents as well which have been equally intense, if not more-so. I've seen groups that became rogue more-or-less by accident as one player became flagged rogue by his own mistake (or maybe he meant to do it, it could go either way I suppose), and the rest of the group decided they would help defend him, becoming rogues themselves, as other agents tried to kill their friend. After the ensuing initial gunfight, they didn't want to be rogues and made a run for it as a group, encountering other agents throughout their escape, eventually leading to the rogue group killing more agents in defence as they didn't want to lose a bunch of dark zone credits or any gear they had on them. Eventually they killed enough agents during their escape that they were flagged with a manhunt for 5 minutes, where they ended up finding a small secluded rooftop somewhere with only one entrance up to it via ladder. They fortified on the roof, and soon enough everyone in the instance was close by looking for blood; you could see about 9 players in the alley below the rooftop they were upon trying to take them down.

All in all, although we'll have to wait and see what it is like with the final release, so far from what I've seen with the beta is a pretty diverse set of situations that can play out, regardless of if you're with a group or not. Personally, I believe the most fun to be had is with a group of friends, but that isn't to say that entertaining gameplay is limited to one form of play or the other.