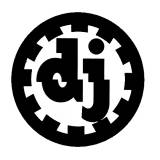 It's been a while

So the last time I logged in was over 6 months ago, so much has happened in that time. Started a new version of bemanistyle, threw another successful show in Chicago with the guys from GUHROOVY and other friends of ours, got a job, lost said job, went to E3. It's been a rollercoaster. Either way I'm kind of back in the groove of things now so depending on how I work my time out you may see me around more often again. I'm noticing the rhythm game stuff is getting pretty shoddy again so I may just have to do something about that.

Apart from that I've been pretty tame on the gaming front. Now that I'm back in California I spend a lot of time at Arcade Infinity in Rowland Heights helping keep the place in good order and whatnot. I've also been playing a lot of the DJMAX Portable games and Rock Band Unplugged lately. Despite buying a new 360 I really haven't found much time for it. Maybe I should sit down and finally play through the stack of games I still haven't touched for it.

Oh so out of practice

So yesterday I decided to play IIDX for the first time in MONTHS. Short of a handful of games of Rock Band 2, I haven't had much time to play any music/rhythm games since the beginning of summer. I now see that I really need to find time to devote to them somewhat consistently otherwise my skill level plummets. Rock Band and Guitar Hero don't really have that issue as they're not timing based (I treat them more as party games than anything else most of the time). I can still past most of the harder songs in IIDX, but my scores have all dropped at least one letter grade. It's kind of disappointing.

At the same time though, I've always been a bigger fan of the actual music in the Bemani franchise than the games themselves. My focus has really kind of shifted from spending a ton of time on the games themselves, to collecting all of the OSTs and other related releases. I'm somewhere around 10 or so albums away from completing JUST the OST collection, and I'm pretty well on my way for in-house artist albums. Maybe that's why I don't have the same amount of passion for Rock Band and Guitar Hero, difficulty aside all of the music in the games are songs I've been listening to my whole life, or hear on the radio frequently. I understand the appeal of having the tracklistings be like that and I'll admit that they're still fun, but it's not as exciting as playing a new Bemani title for the first time and getting to sample all of the great new music that comes out of Konami's amazing in-house crew.

So I was actually referred to this place because my website (bemanistyle.com) was sourced in a few headlines about the upcoming Guitar Hero arcade from Konami and Raw Thrills. I had heard about the site on Kotaku and Joystiq when it first opened but never really checked it out because I've really never been too into any of the larger gaming websites (I'm usually pretty put off by the layouts and general content). The wiki-based aspect of the site really interests me though, so I've been poking around a bit here and there and I'm really starting to get into it. Even though I have my own websites and projects to work on, I'll probably spend a considerable amount of time here cleaning up all of the bemani related articles on my free time. I've found myself doing the same over at vgmdb.net, where I'm a trusted editor just on the grounds of being so knowledgable about Konami's Bemani franchise.

Enough rambling about myself, I don't want to seem too egotistical now. Hopefully my time here will be productive, and if I meet a few cool people along the way that would be even better.