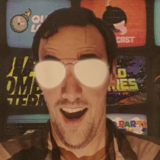 We just released new infinite tech. We are now running on what should be a much more stable system, but because this is new there may be bugs!

Unfortunately I can't watch infinite all day so if you notice any problems please post them here!

Known issues:
- No more poll timer or video title in the video (looking into alternatives for this)
- No bumpers yet

Apologies guys, we didn't intend to have the video player not load when analytic & performance scripts were disabled. They actually aren't required but the player was waiting for them to load. I've added a fix that will allow you to disable those scripts and still watch videos. Thanks for your patience.

@crusader8463 That's really puzzling, the error you posted is from a third party script, not related to the video player. My guess is that it's related to the above mentioned cookielaw.org script. Unfortunately there's no getting around that because it's a legal thing we have to have on the page for privacy reasons. One thing that could help me debug is a HAR file from your chrome browser. Similar to the screenshot of the console in the developer tools. If you could send me a HAR file from the video page I could see if there are any blocked requests to files that are required for the player to load. Here are some instructions on how to generate the HAR file: https://confluence.atlassian.com/kb/generating-har-files-and-analyzing-web-requests-720420612.html

If you could send that to me via google drive or dropbox that would help me debug.

Do you have strong web development skills? Do you want to work for the hottest #brand in gaming? Come join us on the CBSi Games team! You would join our team of skilled engineers working on the CBSi Games sites:

As well as some cross team projects across CBSi websites.

I know a lot of you have been complaining about tabs crashing in both FireFox and Chrome especially on PC, and we've been listening. The problem is, these issues can be really tricky to figure out, especially when nothing has changed with our video player when these issues crop up so we can't point to one single change and say that was it.

I did a lot of digging and I wanted to summarize my progress so far so you know that we're working on it.

The devices: Usually a Windows 10 PC running Chrome or FireFox. This doesn't mean the issue only happens on Windows, but it may just be more prevalent there.

Reproducing the problem: So here's a quick test run I ran using my windows. After running a video in our GB player for 30 minutes here's the memory usage statistics for that tab:

Well crap... As you can see there just isn't really anything obvious causing the memory to balloon over time... Hell, the memory timeline peaks at under 30MB, nowhere near the 1GB+ we're seeing in the chrome task manager. This tells us that it's not something obvious we're doing in the video player, like say leaving a bunch of detached dom nodes or event handlers dangling in memory somewhere.

So what to do now?

Well, let's see if we're the only ones having this issue, maybe it's some configuration in how we're playing video or some setting we need to turn off.

Let's run the same stream in another player to make sure it's not just us. Our CDN has some test players that we can use to plug in some stream URLs so let's try that:

After running for a few minutes we're already up to 300MB:

So it looks like it may not just be us having the issue. Unfortunately now we have to resort to Googling...

Googling stuff like this is hard... Everybody is having video issues with everything all the time so it's hard to search for individual issues without wading through the deluge on Google of crap from like 2015. One tool that is indispensable is the Google filter results by time period tool so you don't see a bunch of crap from 3 years ago:

Even now though there's just a bunch of links to old github issues that have recent comments or projects that aren't related at all. Lot's of threads about Adobe CS memory issues though of course...

But that first result is promising. HLS.js is a library we use to render video in browsers that don't have native HLS support (like Chrome) has had memory issues in the past.

Let's go to their github page and see if they have any open issues or pull requests that look related:

Nothing in issues really related to a memory leak (at time of writing) let's pop over to pull requests.

Well that second one there is intriguing.

VTT cues are not cleaned up until a stream is destroyed.

Long Live streams lead to a memory leak, as the TextTrackList continues growing with Cues until the browser runs out of memory and becomes un-responsive.

That looks like that could be related... It has to do with VTT cues which are tags related to video captions, no we don't currently run captions on our videos but we do have that ability built into the player. Maybe it's still saving empty cues that are coming through with each segment and still causing a leak? Maybe it's completely unrelated, not really sure.

Well that's where I'm at now, going to continue investigating and I'll update here as I make more progress. Thank you for your patience as we work through this.

@alecgdouglas: @calvinball:Sorry guys I'm finally getting around to this. I'll be adding the player type to the API. As far as the time until next poll and time to next video that will be a bit tougher since we don't actually track that information on the server we only track it on the actual encoder PC. I'll look into adding some other information endpoints though

Hey guys, just wanted to let you know that we are looking into this. Unfortunately memory issues can be hard to debug especially when we're dealing with third party video players and libraries like we are with the video player. I'll keep you posted

@the_nubster: @rorie: @the_nubster: @ronindrummer200: @biospock: Hey y'all, I've tried this out on my pixel 3 using the latest firefox browser and it seems to be fine. Are there any more details you can give me? Maybe the version of the browser you're using.

@lucascunha: You shouldn't have a problem, that warning is just meant as a deterrent from too much crazy usage. If you do run into any limits those limits will reset within an hour and if you consistently run into problems feel free to PM me and we'll sort it out.

Someone just messaged me with a link, I see what y'all are saying. We'll get that fix out ASAP