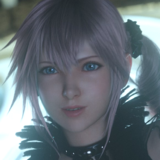 2020 has concluded (finally…) and it’s time to take a look at its best Korean songs. This year’s list came together with surprising ease, despite how many times I thought over the last twelve months “man, there aren’t really any amazing bangers for this year yet.” Nearly every song on the list was on my tentative playlist within a day or two after hearing it. When it came time to refine and order everything, I pretty much already had everything ready to go, only needing to shift a few things around and settle on the top spot. Looking at the completed list, I feel like no songs are being left out. Even a few of the weaker entries have some kind of meaning for me that makes them feel like a necessary inclusion on the list. I wouldn’t want to put this list up against some of my past years’ lists, but these ten songs are an absolutely iconic part of 2020 for me.

I’ll be the first to admit that most of my favorite songs, or even the songs that appear on these lists, are the featured single releases. Every so often, however, a B-side sneaks into my favor. What better example of this than Oh My Girl’s Dolphin, a B-side that had a surprising amount of popularity in Korea, getting covered by many big artists (such as IU, another artist on my list) and even charting higher than the main single release from the same EP. It’s an oddly slow song at times with production that kind of feels all over the place and has strangely-paced verses for a mainstream pop song. It manages to work thanks to a fantastically memorable chorus that, despite its simplicity, has earwormed me countless times this year. Dolphin is a song that falters a bit here and there, but I can’t deny it’s one of my favorite songs of 2020 anyway.

Bazooka! from girl group GWSN is actually the very first song I added to my tentative 2020 list. Part of its inclusion on this list is likely just because I’ve been listening to it again and again longer than any other song on this list, but it’s still a fun song that’s worth being included. This track has a simple but appealing production with good bassy synth and a solid beat. It also features some of the catchiest lines of the year--I can’t tell you the number of times “Ba, bazooka” or “watch me, watch me...catch me, catch me” popped into my head since its release in May. On the other hand, the verses are a bit more lifeless and inconsistent between the different members, which drags it down a bit. Bazooka! is a song with some flaws, but it’s still an iconic song from this year for me nonetheless.

Keembo is a new duo composed of two members from former girl group Spica, a group which had one of the very first songs I ever heard in Korean. Scandalous is their first release, and it’s been stuck in my head for most of the year. The production is a strange mix of synth and little guitar riffs that actually work oddly well together and good little instrumental stings between verses. Vocally, I really enjoy the back-and-forth verses between the duo, as if they are competing with one another (which they in fact use as the theme in the fun music video). They also pair nicely during the choruses too, with some decent harmonization. Scandalous is another song that I wouldn’t quite consider A-tier, but it still got a lot of play from me in 2020.

On occasion, there’s a song I fall for that I don’t really think anyone other than me enjoys or really “gets” in the same way. For whatever reason, it gets into my head and becomes a minor (or maybe even major) obsession, to the point where I feel like I have to include it on the list. H3ather Sun’s Super Single Magician is one of those songs, a track that feels a bit amateurish at times but I find it oddly compelling nonetheless. The production is why I kinda love it; despite its slightly low-budget sound, it has a great driving beat and is ridiculously catchy, especially the main hook. Despite their heavily synthesized sound and clunky English, the sparse and repetitive vocals are strangely alluring too. I don’t know if anyone else will understand the appeal of Super Single Magician, but here’s hoping at least one person does!

I have been a long-time fan of IU, and I don’t think that will ever change. She has an utterly incredible voice that always flows perfectly, no matter the song, and I love hearing it again and again. Her songs have appeared on several of my lists (including the top spot of my very first one in 2013), and here she is again, unsurprisingly, with Eight. This song alternates between soft, comfy verses and a powerful chorus, showcasing IU’s talents in her two best elements. It’s one of those songs I just want to close my eyes and lose myself in for as long as I can. Even guest vocalist SUGA’s plain verse doesn’t hinder the song too badly, thanks to its short length and okay cadence. Eight may not be IU’s boldest or most creative song, but it’s still more than deserving of a spot on my Top 10 for 2020.

I really love a good instrumental-only track, but I don’t encounter many of them in my weekly perusal of Korean music. When I first heard Sunset Bench by Jane, I was taken on a beautiful musical journey in a way that reminded me of the great instrumental artists like Eric Johnson. The guitar has a delightfully warm tone and playful sound that I absolutely adore. The artist does a great job mixing things up throughout the song to create a wonderful musical journey. I also like the video despite its simplicity, as the song feels just like something a random guitar player might noodle around playing on a bench near a beach as the sun starts to go down. I just wish there were more great instrumental tracks like Sunset Bench.

In my opinion, Lee Suhyun is one of the greatest female vocalists in Korean pop music today. Half of brother-sister duo Akdong Musician (AKMU), Suhyun put out her first solo release in 2020, Alien, and it’s an eccentric yet amazing track. The production, while very memorable, is also peculiar as hell, with a retro, 70s-esque funk flow that I really dig. I love the little touches too, such as the little claps in the verses and the echo effects on the vocals during the chorus. Vocally, it’s a lot of fun and quite catchy, albeit a poor showcase of Suhyun’s breathtaking vocal range. Finally, the music video is an absolute blast with fantastic visuals and costuming as well as some silly acting and a great little dance during the chorus. I love Suhyun’s work in AKMU, but I’m actually more excited to see more of her solo work after hearing Alien.

Despite being one of the seemingly biggest pop groups in the world, I hadn’t enjoyed a single Blackpink song until Lovesick Girls. Finally, they’ve released a song that sounds unique to the group and not, as an acquaintance of mine put it, “...like 2NE1’s scraps.” My favorite part is the killer verses that flow so damn perfectly with the fun, upbeat production. The punchy lead-up during the bridge ties nicely into the powerful, and ridiculously catchy, chorus. I love the lyrics themselves too, which describe being too obsessed with love and how that can destroy a person. Lovesick Girls is the first Blackpink song to make me want to hear more from the group, and I really hope they continue on with this sound.

2. I Don’t Want No Champagne - Chimmi

Chimmi’s I Don’t Want No Champagne is a song I stumbled into unexpectedly with no expectations yet IMMEDIATELY fell entirely in love with. It’s such a pleasantly smooth track that’s peaceful and mellow in both production and vocals. I love the soft acoustic guitar, complete with palm stops (one of my favorite sounds!) and a stylish little solo. The smooth vocals from the guy and the breathier vocals from the girl both stand out individually and pair together pleasantly. It’s also a ridiculously memorable chorus, thanks to the easy English lyrics, which I’ve been singing to myself since June. Finally, there’s the video which works oddly well for the tone and lyrics of the song despite obviously being very low-budget. I Don’t Want No Champagne is maybe my biggest surprise of 2020, a song I had no expectations for but ended up adoring the hell out of nonetheless.

This one’s a bit weird--an entirely English song from a Chinese artist, Jackson Wang, who’s part of a KPOP group, Got7--but I was so obsessed with this video all year long that it HAS to be at the top of this list. 100 Ways is one of Jackson Wang’s many solo releases, and it’s a fantastic display of his raw talent and magnetism. The whole song sets such a powerful mood with its every facet, from the powerfully sultry vocals from Wang to the punchy synth production. Best of all is the “holy shit, this is AMAZING” music video, which is filled with creative choreography (those synchronized hands movements are so good!), gorgeous costuming and set design, and an incredibly cool concept that tells a complete story in just three and a half minutes. 100 Ways might be my most-played song of the entire year, across any genre, and I think only one view of the video will tell you why. It’s a song and video I will remember for years to come, and it certainly defines Korean music in 2020 for me.

Super Single Magician: You've succeeded. It's me, I love it!

Really cool list and writeup. I usually only listen to the big groups, purely because of ease of availability, so hearing all these new songs is pretty dope. Bonus IU - Dolphin track was a nice surprise too, she sounds so natural singing it.

Super Single Magician: You've succeeded. It's me, I love it!

I knew there had to be one! I'm glad you enjoyed it!

Just wanted to say thanks for writing these blogs again. I've discovered some bangers and artists I liked from your past write ups.

Cry For Me - Twice

I still love you a lot - Baek Ji Young

Technically since I've only really started to listen to Kpop this year anything I've listened to should make the list right? 😂

I also wrote a k-pop piece earlier this year for any beginners like me, it's mostly about my obsession with IU but there are some other artists in there, I Promise 😂

@clagnaught: Glad someone likes them! I feel like the Korean lists usually get a bit less attention, for whatever reason, so it's nice to see them acknowledged. Thanks!

@invadernick: That's a great piece you wrote! IU was definitely one of my earliest "holy shit, KPOP has some amazing talent" artists I found, and I've loved her music for years. You've probably already seen it, but she did a live version of Good Day this year on Sketchbook and totally nails it--even the high notes! It's definitely worth checking out.

Blogs Created:
35 blogs
Most Commented blog:
Games That Get Harder As You Die?
Total Comments on blogs:
237 comments