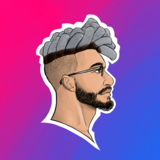 Playing the Too Human demo and hating the Commando class...

I really want to make it clear that I really enjoy the Too Human demo. The gameplay is really easy to get into and I have a vast appreciation for the Norse myth/technology direction and presentation that the game is going with. That is pretty amazing and fresh and I'm so glad it's happening. Yes, it may sound that I'm rushing through this to get to the negatives and I am because they are really hard to keep at the forefront of my mind. The speed and swiftness of switching from melee to your guns/rifle is very nice and it's cool to see not so much focus into guns, guns and even more guns in yet another videogame. I like swords, I can't help that.

Alright, now is when I go ahead and talk about the negatives of what I've seen so far, and I shall start with this...

Right now, I just want to lay it out that these are my opinions and mine alone. If you want to agree with me, please do and the same if you disagree with me. Too Human seems like a game that will be talked about a lot once it comes out so I might as well start early.

Hitting The Gaming Brick Wall And Bouncing Back

Okay, I think I've officially reached that point when all the flashy things that are promoted in games are kinda "meh" in my eyes. Maybe I've become jaded, but I certainly hope not. I mean, GTA IV may be a great game, but I really don't feel like running around another city, jacking cars and shooting cops and thugs alike. After a little soul-searching, I found my cure: play a traditional RPG.

No, this probably wouldn't work for all cases of jaded-ism, but it worked this one time. At this point, Lost Odyssey, Kingdom Hearts, and Kongregate are like the holy grail to me. I just needed something different and going to something so established as an RPG kinda rejuvenated me with a sort of freshness that I haven't felt in a while. Maybe it'll wear off in a bit, but I've been playing way too many games with guns and cars and now I need swords, magic, keyblades, donald, goofy, and large yellow shoes.

It's the same thing with Kongregate. In case you don't know, Kongregate is a website that has a fanciful sh!tload of casual games, adding to that with a (hate this word) bustling community and badges which are basically achievement points. InstantAction is kinda like this, but not as varied and I don't even know if there are achievements for that. As a side note, I'm even trying games I wasn't so keen on before like RTS games and...no that was actually about it.

Maybe I'm crazy and this is just happening to me, but going backwards is actually working well for me. I'll be getting back to the newer games is a bit, but for now I'll be basking in the glow of RPGs and casual game websites.