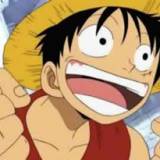 When you search for something like "Endurance Run: Deadly Premonition: Part BR-02", the last video on the query is the one that has the exact title match. Same goes for trying to search key terms such as "Part BR-02", know you guys are busy thought i'd do my part to point out some existing bugs.

Not so much mandatory but like a poll once a week that would be a tool for them to gauge what the community is interested at any one time. And it doesn't need to be all their content just something once in a while.

You guys are right though, the feel and statement of the site is to have an independent 'voice', but i've heard it from jeff that the community is also a very important aspect of the site. What better way to interact with the community than to have them look at a game that the community is interested in buying. For instance, i want to know what Town (steam) is about and there really isn't a way here on the site to let them know that it would be an interesting game to look at. I don't mean to say that they should bend to my will and look at the things only i want them to look at, but putting my vote into something (and hopefully other people's votes) would be something cool.

Is there somewhere to submit a request for a quicklook or put a vote in for a community chosen quicklook? If not, any particular reason why it might be a bad idea?

I'm sorry dude, but this is a badly worded and formed poll. Absolutely no useful information can come out of it. Was entertaining to think about though.

Also, GBombcast is at it's worst when jeff and/or vinny isn't there. I love me some jeff/vinny, ever since persona 4 ER.

Thanks for a good read Patrick!

Would really like to tell the difference so I don't miss any Original Content, I couldn't careless about the trailers!

@Flacracker: Loved how in Conviction they would project the feelings of Fisher onto the walls. Like when he was angry, it'd flash ANGRY everywhere. It was cool, but it also felt cheesy cause they couldn't portray the feelings through the character.

I bought a vita, it's in shipping right now. I'm suffering from buyers remorse. I look at all the games on the 3DS and it makes me sad. When i get it and it's not the right thing for me i'll sell it and get myself a 3DS. That is, if a redesign is announced at E3 this year.

I recommend waiting til E3 and seeing what they announce for the Vita, if nothing is to your interest check out the 3DS game list. It's extensive.

@Doctorchimp: Lol totally, never played it thought so it didn't come to mind. Was it just leaving messages or were they actually in your game?

So, I know this is lame. I'm not a game designer, network engineer or software engineer. But hear me out, try not to think of how practical this might be. But I think it's how Skyrim should be done.

Think Journey. The fantastic thing about Journey is that it's online component is so seamless. When players roam the desert other players will drop in or out of your game, to help you or/and to experience the game with you. But you're never stuck with the one person and even though the meeting was fleeting the impact. This dynamic experience is an element that can revive the barren lands of Skyrim. Lets face it, the world of Skyrim is not teeming with life. And even when you do see NPCs and monsters, it's quite apparent they're not real people. The game feels lonely, and so does Journey without a companion. Let's exploit this dynamic multiplayer so an individual's experience can be 'touched' by other players in their own world. It's important to emphasize 'touch'.

In today's multiplayer games it's become apparent that exposure to people every time and all the time is not as meaningful as meeting one person rarely. This is anecdotally evident from the testimonies of many Journey players. It would also ruin the atmosphere and theme of Skyrim to have many players in a, MMORPG like fashion, hack and slash at monsters. It's prudent to recognize that Skryim is an experience that lets the player know the world is expansive. But expansive does not mean completely empty. Think of this.

You're on a journey to Falkreath, in the distance you see a figure. You draw your sword, you don't know if this person is a friend or a foe. An assassin to loot your gold or a friendly face willing to trade. You approach tentatively, but the figure does not respond. When you finally reach him you recognize the dullness in his eyes and the purple glow of a resurrection spell. Out from the nearby river, an Argonian thief attacks.

This guessing game of the human nature adds a whole new dimension not only to the game but to multiplayer. Encounters with thugs and thieves can be actual encounters of thugs and thieves. The merchant you see on the road might actually have the potion you need or the pickaxe to mine the ore.

We don't need some unified world where all the players exist (Elders Online) or a 4 player COOP.The multiplayer can be meaningful in this way. In a sparse but connected land.

Here's some more ideas that could enhance this original idea: