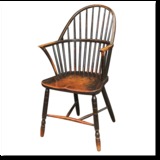 Puzzle Agent is a different kind of adventure game. While most adventure games have environmental puzzles that often involve combining a thing with a thing and then using it on another thing, Puzzle Agent's puzzles are far more abstract and not very related to the overall story, save for a few. Since Puzzle Agent The First is included with Puzzle Agent 2 when you buy them on Steam, I will be reviewing them both as a singular package.The Puzzle Agent games tell the story of Nelson Tethers, an FBI...

A Game in Which Story Comes First 0

Enslaved: Odyssey to the West is a game based around the idea that a game's story is equally or even more important than the overall gameplay. This holds true throughout the game as the well-written and well-acted cut-scenes and the exciting set-pieces prove to be the main things keeping you going through the game. The game's combat and platforming sequences are never bad or frustrating, but they aren't anything especially original or engaging either.The story focuses on Monkey, a survivor who'...

Ever since Spider-Man's first foray into movie-based games, Spider-Man games have been based off the thrill of swinging around New York City. While this was exciting for a while, Web of Shadows showed everyone that this was starting to get a bit stale, mainly due to the fact that we were swinging around the same environment again and again. Shattered Dimensions flips this on its head by taking Spider-Man across many different environments, and even different universes. This sense of variety is ...

Run! is a game for the iPhone/iPod Touch that involves running to the right and avoiding obstacles. It's the kind of game I want on the iPhone platform: it's simple, and is easy to play in short bursts. In Run!, you "control" a stick figure. He automatically runs to the right so you don't really have full control of him. You can make him jump by swiping up on the screen, slide by swiping down, punch by pressing the "Attack" button, and shoot rockets at things by tapping at them. It's one of t...

Limbo is a clever, artsy game with some great moments and a chilling atmosphere. The controls feel great, and the constant fear of death combined with the will to explore further makes this game work quite well.    The first thing you'll notice about this game is it's minimalist design. It's all black and white, and there is no music and hardly any sound effects. It's animated very well, and feels very fluid because of it. Obviously, if this game was in colour, it would lose a lot of its atmosp...

OK, this game is not exactly good. To be honest, it's quite bad. But it's FREE guys! Why would you not get something that's free and also has an absurdly easy 200 points in it! Yeah, I guess it is an advertisement for Doritos, but it's not really intrusive: their logo is at the title screen, and they make references to Doritos during the game. Download it, play it for half an hour, get all the points, Delete it. But, it's free ,what do you expect?...

I'll admit, I'm not a huge Batman fan. I know Batman is Bruce Wayne, Joker is awesome, Bain broke Batman's back and some other miscellaneous information about the universe of Batman. But after playing Batman: Arkham Asylum, I not only realize how great all the Batman characters are, but also how to make a successful franchise into a game without making anyone mad. This game is definitely way more than the sum of it's parts. There's fighting, there's stealth, there's exploration and a bit of puz...

Scholarship Edition is a great game, glitches aside. 0

Bully: Scholarship Edition is a port of a last-gen game so you shouldn't be coming into this expecting a pretty game. As someone who has never played the original, I loved it. It's pretty much a T-rated GTA with a few twists. There are many problems though.This game does a good job keeping you from getting bored. There's usually something to do, be it go to classes, play carnival games, or just be a bully. There are also bike races, go-kart races, job (like mowing lawns and delivering papers)an...

Boring, repetitive, and has awful writing. Skip it. 0

I didn't play the Sands of Time trilogy so this is really my first ever Prince of Persia game so all I knew going into it was that it was an open-world platformer that was quite easy. And even with those low expectations going in, I was disappointed.Firstly, the writing. Both the writing and the voice acting make it feel like it was written by the same kind of person who wrote Friends. It's cliched, annoying, and not funny. I ended up just turning the sound straight down and listening to my own...

Definitely worth the price. 1

I've never liked the Battlefield games. I tried Battlefield 2 and Bad Company and just couldn't get into them, so when I figured out this game was completely different, and free, I had to try it out. It's a third-person shooter this time, with a cartoony art style that's alot like Team Fortress 2.  One of the things I dislike about Heroes is the inability to change classes midway through the game. All your different characters have seperate XP bars and you have to quit your match and then start ...