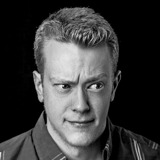 Red Dead Redemption 2 feels exactly how Rockstar games have felt in the past, for better or worse. Character movement is incredibly slow, shooting relies heavily on auto-aim and generally feels pretty sluggish, and you&rsquo;ll have to power through some pretty lengthy chapters that feel like they drag on forever. But if you&rsquo;re able to look past these dated-feeling quirks, you&rsquo;ll find that Redemption 2&rsquo;s plot, characters, and world building are some of the best Rockstar has eve...

Shadow of the Tomb Raider Review 0

As a big fan of Crystal Dynamics&rsquo; reboot of the Tomb Raider franchise, I couldn&rsquo;t help but be disappointed with Eidos Montreal&rsquo;s stab at the series with Shadow of the Tomb Raider. I really like the emphasis on puzzle solving and role playing elements like crafting outfits and completing side quests, but it feels like less refined version of its two predecessors. The combat relies a little too heavily on sneaking around environments and stealth-killing enemies&mdash;I hardly foc...

The first half of The Messenger is a really tight, 8-bit, Ninja Gaiden-style adventure that takes you through a collection of stages with challenging platforming and tough boss fights. The game transitions into a 16-bit art style when you hit the second half, letting you backtrack and explore other previous stages like a vintage Metroid or Castlevania game. My favourite parts of the game are the cleverly designed stages that introduce magical portals that swap between the two art styles instanta...

For better or worse (mostly worse) Playtonic stuck to their original Kickstarter pitch and made a Banjo-Kazooie-inspired platformer with roots back to the days of the Nintendo 64. It&rsquo;s actually quite shocking how similar Yooka-Laylee is to Banjo-Kazooie. Many of the game&rsquo;s mechanics like holding down the jump button to glide or using the duck and jump buttons together to do a high jump are kept intact, but a lot of Banjo-Kazooie&rsquo;s shortcomings are alive and well here too. The c...

Dying Light is a spiritual successor to Dead Island with a day/night cycle which can potentially change how you play the game. During the day is where I did most of my play time&mdash;completing quests, searching for various loot, and crafting weapons. Night time is where you can gain double the amount of experience though, as more difficult enemies prowl the street, but&mdash;like most systems in Dying Light&mdash;I found myself avoiding night time to circumvent a lot of frustration. There&rsqu...

Little Nightmares is a puzzle/platformer with a strong emphasis on atmosphere. It plays like a LIMBO or INSIDE only with the ability to move in three dimensions rather than strictly side to side. You control a small humanoid creature that has to complete puzzles and avoid giant half-human/half-monsters in order to progress. The puzzles mostly revolve around climbing things like giant, monster-sized furniture, or collecting things to distract the monsters in order to slip by. These scenarios are ...

3DS owners finally have a reason to turn their system on. 0

Uh, uh, uh, uh, uh.  It’s quite debatable if Nintendo may have gambled a bit too much on the Nintendo 3DS in terms of pricing and release window, but one characteristic that is never argued upon is the fact that the new handheld simply has very few games to play on it. The launch titles left a lot to be desired, and even games that were announced for the system have seemingly disappeared off the radar completely. Luckily for the few 3DS owners out there that shelled out their 250 big-ones, there...