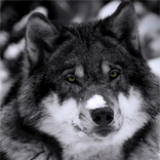 He didn't actually break the NDA because you don't sign the NDA until you download the client.

The first place matches and third place matches will be on tonight within the next 20 - 30 minutes (hopefully). I'm thinking Puma will take two games off of Hero but will ultimately fall to Hero again. As for the Sen vs Thorzain third place series I'm going to assume Thorzain has this one in the bag due to sens recent performances against good Terran players.

Minecraft hasn't done anything better than the other Game of The Year nominations and hasn't sold nearly as many copies due to it's niche market. I say no, regardless of when it was "Released".

I only ever used Become Ethereal once, most of the other times I didn't need it to do anything, but I expect that on my stealth character it will be more useful.

@dirtyharry: Ahah, I thought he only shouted at him, makes more sense now.

If anyone played Oblivion the dungeons didn't feel fresh, it was the same textures, enemies and overall layout for the majority of the dungeons in the game. From what I have been told Oblivion's dungeons were the responsibility of one person, with Skyrim Bethesda made a dedicated team of people to work specifically on dungeons and it worked out very well.

Reasons dungeons in Skyrim are awesome

Now the one point which Skyrim that I felt was lacking was the shouting system, You're meant to a Dragonborn and you run around killing dragons, skeletons, wizards, red guards and even villagers but the shouting system just felt bad. The reason is pretty simple when using a shout the majority do not feel powerful or epic, they feel like regular magic spells with longer cooldowns. This should have been different, shouts should be powerful, after all Jarl Ulric apparently shouted at the previous leader and killed him which I can honestly say has never happened with my shouts.

The one really strong point that Skyrim has going for it are it's dragons, the fights with dragons feel difficult on all difficulty settings and can be completed with a various amount of gameplay styles. If you love running in and smacking Dragons with your swords you can do that, however you can also shoot them from afar with your Bow or even shout them out of the sky. The magic system I found is best used for summoning ranged allies that can hit the dragon due to how amazing the AI's aim is. The dragon battles in Skyrim are amazing, they are by far one of my favorite parts of the game.

When I was young I was #1 on the original Mech Assault on Xbox (Ymir baby), I've also been highly ranked on GameME for Team Fortress 2 and I'm decently ranked on my various other games (including World of Warcraft, Starcraft 2, etc)